Following the conclusion of the 2020 NFL season, the Detroit Lions traded Matthew Stafford to the Los Angeles Rams for Jared Goff and a trio of draft picks.

As we know, Stafford proceeded to lead the Rams to a 23-20 Super Bowl LVI win over Joe Burrow and the Cincinnati Bengals.

On Thursday night, Stafford, along with the rest of the Rams players, coaches, and personnel received their Super Bowl LVI Championship rings and they are absolutely amazing.

Here are some photos of Stafford’s ring, via the Los Angeles Rams. 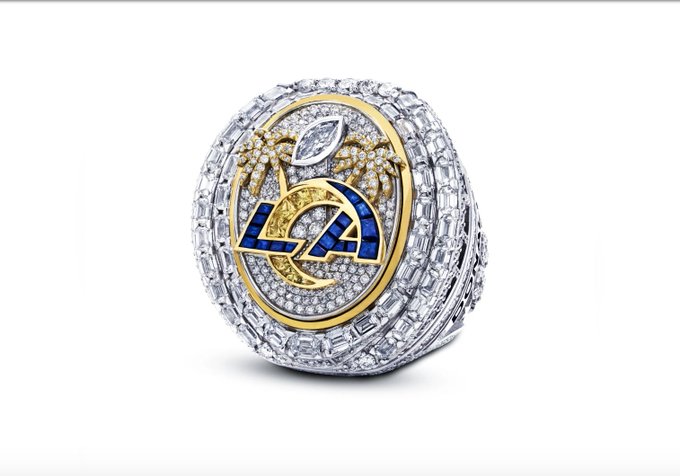 Following the Super Bowl, Stafford signed a contract extension with the Rams.

“I just had so much fun playing with this team this year, playing for this organization, this coaching staff, I wanted to make sure that I was able to do that for a long time,” Stafford said.

“I was just trying to find something that felt good for both sides, and we were able to continue to add players and pieces around me, and then still take care of all the stuff that you want to take care of as a professional player,” Stafford said. “So it was great, I’m just happy to be a part of this organization for the foreseeable future.”

“It was a lot of hard work getting to this point, and I’m just happy that we are where we are,” Stafford said. “I know, you know what the future looks like for me and for our team, so it’s an exciting thing as a player to know where you’re going to be able to put some roots down and really go try to make something really special for a while.”

Advertisement. Scroll to continue reading.
//z-na.amazon-adsystem.com/widgets/onejs?MarketPlace=US&adInstanceId=8829f572-e9e4-4cd8-9ae8-9fe1128e4b81
Have you subscribed to our YouTube Channel yet? Subscribe and hit that notification bell to stay up to date on all the latest Detroit sports news, rumors, interviews, live streams, and more!