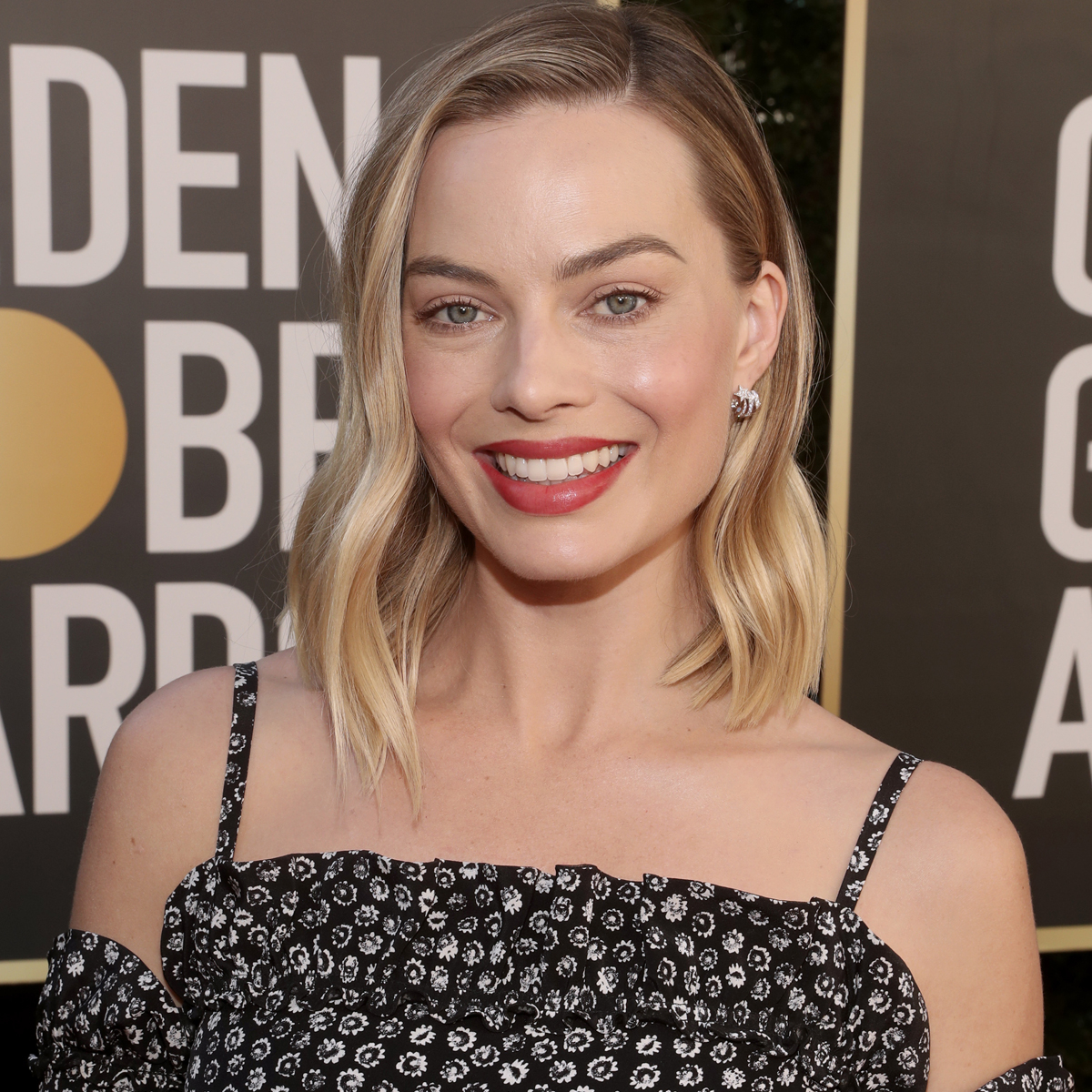 On June 21, Margot Robbie was photographed on the set of Greta Gerwig‘s new film Barbie in Los Angeles. The Oscar-nominated actress, 31, was seen emerging from a trailer, iced coffee in hand, in character—she sported long, blonde hair and wore a pink button-down halter vest and matching lace-up bell-bottoms with glittery stars.

Margot is playing Barbie in the first live-action movie about the popular Mattel doll. The actress was first seen in character, smiling while sitting in a hot pink convertible, in a publicity photo that Warner Bro. Pictures released in April.

Ryan Gosling portrays Ken in the movie and sports platinum blond hair himself, as seen in a promo pic shared by the studio earlier this week.