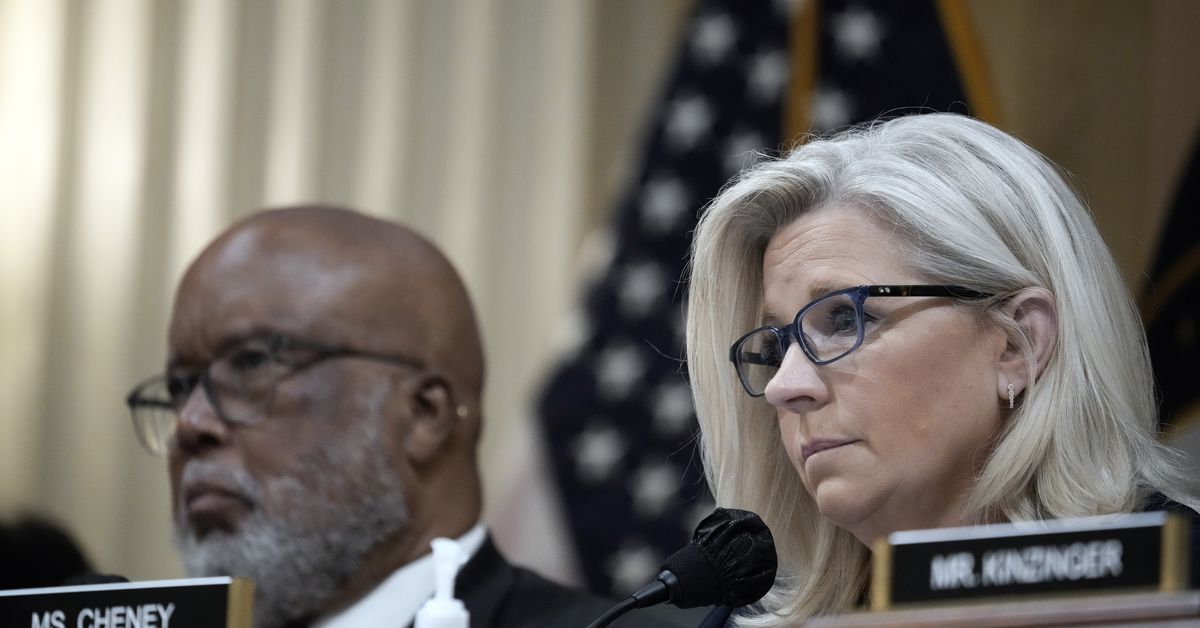 In Washington, Rep. Liz Cheney (R-WY) is a major national figure. The former member of House Republican leadership has earned plaudits for her handling of the key role of vice-chair of the January 6 select committee and is considered the foremost critic of Donald Trump within the GOP.

But in Wyoming, that work is being used to paint her as out of touch with voters and the pocketbook issues they care about, and increase her already tough odds of holding on to her seat.

Cheney is under siege in her home state, facing a brutal primary against her Trump-backed opponent Harriet Hageman in the state where Trump had his best performance in 2020. The former president has already held a Memorial Day weekend rally in Casper to boost Hageman and deride Cheney and is likely to return to the Cowboy State before the August primary. Cheney has been censured by the local and national GOP. According to one Republican strategist supporting Hageman, the incumbent has a hard cap of around 30 percent of the primary electorate in polling.

Outrider PAC, a group founded earlier this month to boost Hageman, is out with a new ad this week, exclusively obtained by Vox, attacking Cheney — though not by name — and boosting Hageman. “We need fewer DC divas and more problem solvers,” the ad says, hinting that Cheney is too involved in Washington “fighting” while gas prices skyrocket. The ad heralds Hageman as a supporter of “bipartisan efforts to increase American energy independence and help bring more of the supply chain back to the US.”

The group has already spent over $30,000 on the radio advertisement and is anticipating spending over $100,000 solely on Wyoming radio in the seven weeks before the state’s August 16 primary, according to a source familiar. A Cheney spokesperson declined to comment to Vox about the ad.

The ad hits Cheney on a perceived strength in Wyoming’s Republican primary electorate, her ardent support of the energy industry in the biggest coal mining state in the country, and emphasizes Hageman, who is less well known in the state than Cheney, a second-generation member of Congress.

The race is already expected to be the most expensive campaign in the history of Wyoming and already several outside groups have targeted Cheney. An anti-Cheney super PAC, Wyoming Values, has already spent over $500,000 against the former GOP conference chair, while Club for Growth, the influential conservative group, has targeted her since 2021 when it ran an ad painting her as a “Clinton Republican.” However, according to the pro- Hageman strategist, who spoke on the condition of anonymity to discuss the race frankly, Cheney’s major weakness in polling besides her opposition to Trump is the perception that “she is disconnected from Wyoming.”

Cheney has maintained a significant fundraising advantage over Hageman, a longtime party activist who was once a vocal opponent of Trump. According to the most recent FEC reports, Cheney has raised over $10 million this cycle and has over $6.8 million on hand. In contrast, Hageman has raised over $2 million so far and has over $1 million on hand. A third candidate, state Sen. Anthony Bouchard, who has denounced the Trump-endorsed Hageman as insufficiently MAGA, has under $50,000 on hand. Bouchard’s political prospects dwindled after it was revealed that he had impregnated a 14-year-old when he was 18, which was one reason Trump backed Hageman instead of him last year.

Yet despite Cheney’s massive fundraising advantage and incumbency, she is considered an underdog in a race that will be another big barometer of Trump’s sway within the Republican Party. A May poll paid for by Club for Growth has Cheney down 30 points to Hageman. Further, Hageman has not just been backed by Trump, but is also supported by House Minority Leader Kevin McCarthy and a majority of the House Republican Conference.

While Cheney has the backing of key figures from the GOP’s past like George W. Bush and Mitt Romney, she is counting on Democrats and independents to help carry her to victory. Although Wyoming is the most Republican state in the country, it has open primaries and Cheney will need a significant number of crossover votes from non-Republicans who admire her stalwart opposition to Trump’s effort to overturn the 2020 election. However, the pro-Hageman strategist expressed skepticism that there were enough Democrats in the state, let alone Democrats willing to vote for a Cheney, to make the difference.

While some Republicans who have pushed back against Trump’s spurious claims of election fraud have managed to win their primaries, including Gov. Brian Kemp and Secretary of State Brad Raffensperger in Georgia, none of the 10 Republicans who voted to impeach Trump have successfully won a primary so far in 2022. Four have announced their retirement, Tom Rice of South Carolina lost his reelection bid earlier in June, and David Valadao’s race in California’s top-two primary has yet to be called more than two weeks after Election Day in the Golden State.