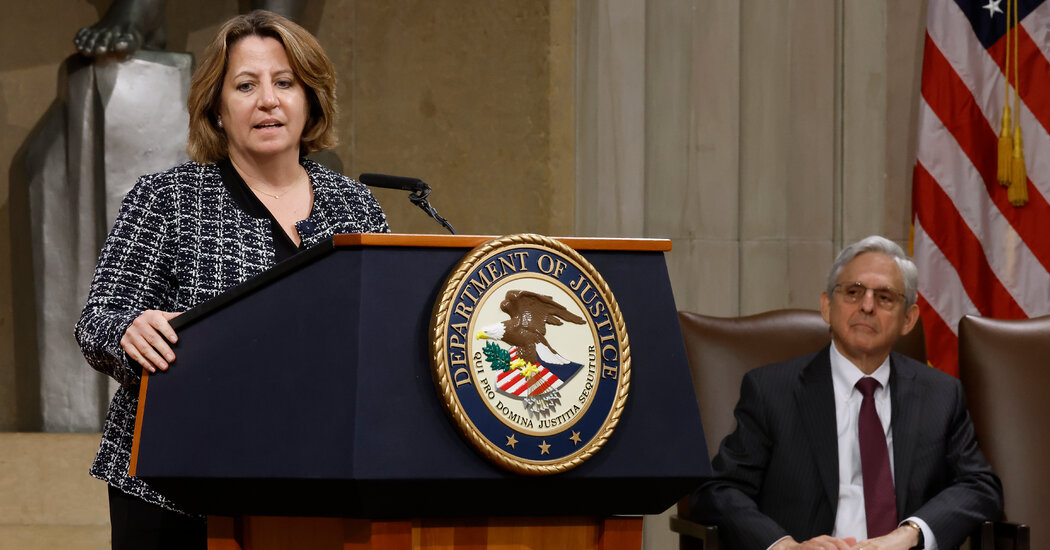 WASHINGTON — The Supreme Court on Thursday struck down a New York law that placed strict limits on carrying guns outside the home, saying it was at odds with the Second Amendment.

The ruling was only the court’s second major statement on the scope of the individual constitutional right to keep and bear arms and its first on how the right applies to firearms in public places. The Second Amendment, Justice Clarence Thomas wrote for the majority, protects “an individual’s right to carry a handgun for self-defense outside the home.”

The decision has far-reaching implications, particularly in cities that had sought to address gun crimes by putting restrictions on who can carry firearms. California, Hawaii, Maryland, Massachusetts and New Jersey have similar laws, Justice Thomas wrote.

The ruling comes after a spate of mass shootings reinvigorated the debate over gun control. The Senate is close to passing a bipartisan package of gun safety measures, a major step toward ending a yearslong stalemate in Congress.

The vote was 6 to 3, with the court’s three liberal members in dissent. Justice Stephen G. Breyer, writing for the dissenting justices, focused on the deadly toll of gun violence.

The case on Thursday centered on a lawsuit from two men who were denied the licenses they sought in New York, saying that “the state makes it virtually impossible for the ordinary law-abiding citizen to obtain a license.”

The men, Robert Nash and Brandon Koch, were authorized to carry guns for target practice and hunting away from populated areas, state officials told the Supreme Court, and Mr. Koch was allowed to carry a gun to and from work.

Justice Thomas wrote that citizens may not be required to explain to the government why they sought to exercise a constitutional right.

“We know of no other constitutional right that an individual may exercise only after demonstrating to government officers some special need,” he wrote.

The majority opinion announced a general standard by which courts must now judge restrictions on gun rights: “The government must demonstrate that the regulation is consistent with this nation’s historical tradition of firearm regulation.”

In focusing heavily on history, Justice Thomas rejected the standard used by most lower courts, one that considered whether the law advanced an important government interest.

Justice Thomas acknowledged that the historical inquiry the court now requires will not always be straightforward, given “modern regulations that were unimaginable at the founding.”

“When confronting such present-day firearm regulations,” he wrote, “this historical inquiry that courts must conduct will often involve reasoning by analogy — a commonplace task for any lawyer or judge.”

“Put simply,” he added, “there is no historical basis for New York to effectively declare the island of Manhattan a ‘sensitive place’ simply because it is crowded and protected generally by the New York City Police Department.”

In dissent, Justice Breyer said the majority’s guidance was inadequate, leaving unclear the scope of the court’s ruling.

“What about subways, nightclubs, movie theaters and sports stadiums?” Justice Breyer wrote. “The court does not say.”

In an important concurring opinion, one that appeared to limit the sweep of the majority opinion, Justice Brett M. Kavanaugh, joined by Chief Justice John G. Roberts Jr., wrote that some licensing requirements remained presumptively constitutional. Among them, he wrote, were “fingerprinting, a background check, a mental health records check, and training in firearms handling and in laws regarding the use of force.”

Justice Kavanaugh also extensively quoted the court’s 2008 decision in District of Columbia v. Heller, which appeared to endorse other restrictions.

“Nothing in our opinion,” Justice Antonin Scalia wrote for the court in Heller, “should be taken to cast doubt on longstanding prohibitions on the possession of firearms by felons and the mentally ill, or laws forbidding the carrying of firearms in sensitive places such as schools and government buildings, or laws imposing conditions and qualifications on the commercial sale of arms.”

“In 2020,” he wrote, “45,222 Americans were killed by firearms. Since the start of this year, there have been 277 reported mass shootings — an average of more than one per day. Gun violence has now surpassed motor vehicle crashes as the leading cause of death among children and adolescents.”

In a concurring opinion, Justice Samuel A. Alito Jr. responded to the dissent.

“It is hard to see what legitimate purpose can possibly be served by most of the dissent’s lengthy introductory section,” he wrote. “Why, for example, does the dissent think it is relevant to recount the mass shootings that have occurred in recent years? Does the dissent think that laws like New York’s prevent or deter such atrocities?

“Will a person bent on carrying out a mass shooting be stopped if he knows that it is illegal to carry a handgun outside the home?” Justice Alito asked. “And how does the dissent account for the fact that one of the mass shootings near the top of its list took place in Buffalo? The New York law at issue in this case obviously did not stop that perpetrator.”

“The court’s near-exclusive reliance on history is not only unnecessary, it is deeply impractical,” he wrote. “It imposes a task on the lower courts that judges cannot easily accomplish.”

In the Heller decision, the Supreme Court recognized an individual right to keep guns in the home for self-defense. Since then, it has been almost silent on the scope of Second Amendment rights.

And the Supreme Court’s most conservative members have long deplored the court’s reluctance to explore the meaning and scope of the Second Amendment.

In 2017, Justice Thomas wrote that he had detected “a distressing trend: the treatment of the Second Amendment as a disfavored right.”

“For those of us who work in marbled halls, guarded constantly by a vigilant and dedicated police force, the guarantees of the Second Amendment might seem antiquated and superfluous,” Justice Thomas wrote. “But the framers made a clear choice: They reserved to all Americans the right to bear arms for self-defense.”