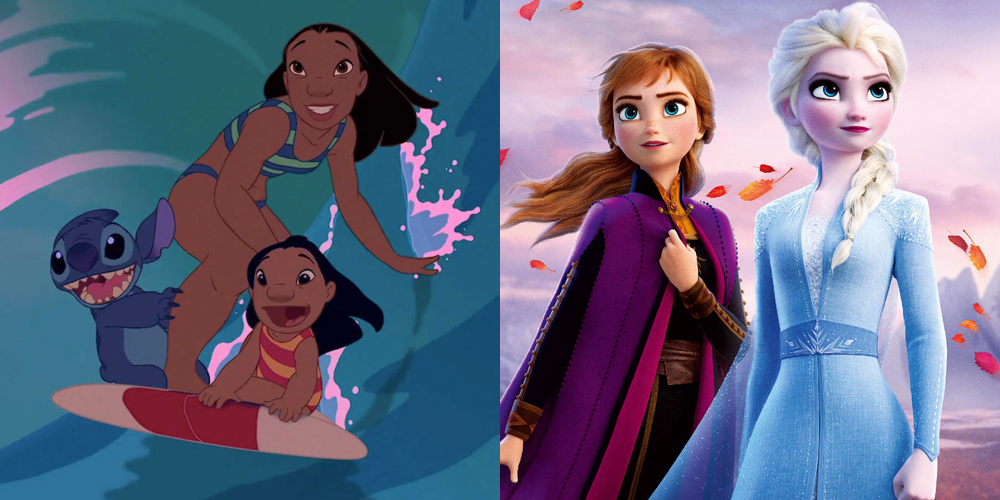 Chris Sanders is speaking out.

The co-director of Lilo & Stitch, which is celebrating its 20th anniversary this week, has finally opened up about how the movie wasn’t really recognized for it celebrating sisterhood over romance, the way that Frozen was.

When Frozen hit theaters in 2013, critics and fans alike praised the movie for prioritizing Elsa and Anna’s bond, instead of their connection with a love interest.

Click inside to see what Chris had to say…

“To be clear, I think Frozen‘s great,” Chris quickly clarified in an interview with New York Times for the movie’s anniversary. “But it was a little bit frustrating for me because people were like, ‘Finally, a nonromantic relationship with these two girls,’ and I thought, ‘We did that! That has absolutely been done before.’”

Lilo & Stitch not only prioritized the sisterhood between title character Lilo and her older sister, and sole guardian, Nani; but also focused on the pressures of a broken family and the real issues the two faced.

“When the film came out, that’s what a lot of critics talked about,” producer Clark Spender added about the praise over the genuine characters. “Those moments that were based in reality in a way that people could see themselves in, and it didn’t feel like they were cartoon characters.”

Lilo & Stitch centered on the friendship between a young Hawaiian girl and a blue extraterrestrial koala-like creature, and went on to earn $271 million worldwide.

The film is one of the many being turned into a live action version.