Suit Jackets: You know what a suit is, right? Suit jackets are the part of the set you don’t put your legs through. They’re also the most formal of the tailoring options here, and the hardest to wear as separates for that reason.

Got the jargon down? Let’s go shopping. Below you’ll find the absolute best blazers for men on the market right now, from capital-D designer versions courtesy of the biggest names in the biz to achingly hip options from smaller, but no less beloved, menswear upstarts. [Inserts Canadian maple leaf emoji] It’s time to blaze up, baby.

We’ve extolled the virtues of Sid Mashburn’s tailoring at length before, so we might as well make it official: the Atlanta haberdasher’s signature Kincaid blazer is one of the best on the market. The brand’s hopsack No. 2 jacket is a perennial GQ favorite for a few reasons. Visually speaking, there’s little in the way of splashy design flourishes or distracting aesthetic tics. Instead, it comes kitted out with the type of sartorial minutiae—full canvassing, pick stitching, spalla camicia sleeves—hardcore menswear enthusiasts lose their minds over, which make its sub-$1,000 price tag feel like a bona fide bargain. (And that’s not even getting into the fabric’s Italian origins!) It’s also slightly less structured than the other jackets in the brand’s repertoire, so it naturally lends itself towards easy mixing and matching—layered over a fuzzy shetland sweater, for example, or paired with a striped Oxford-cloth shirt and a repp tie. Most importantly, its timeless design and quality construction means it’ll look just as good tomorrow as it will ten years from now—and ten years from then, too.

The Best Blazer for Fall

No fabric screams fall with the unbridled enthusiasm of the pumpkin spice set quite like corduroy. And no piece of outerwear lends itself more organically to the type of layering the season requires than a heavy-duty blazer. (See where we’re going here?) Combine the two and you’re left with a go-to fall style hack, which brings us to Alex Mill’s hearty corduroy jacket. Pre-washed for extra comfort and then garment-dyed to get that lightly toasted color, it’s more breathtaking than any foliage you’ll encounter scrolling mindlessly through the ‘gram—and a heck of a lot less played out. Try wearing it with one of the brand’s best-in-class striped shirts and a scuzzy tie, or over fine-gauge cardigan and a beefy T-shirt. Think of it as a seasonal purchase you don’t need to justify, but one that’ll help you look exponentially more put-together all the same.

You’re in a pinch. You’ve got a wedding coming up and, thankfully, the dress code is fairly lax—but not, like, hoodie and jeans lax. When you’re low on time and have approximately zero friends willing to lend you a suit, you could spend a ton of money on a sport coat you’ll only wear once or twice, especially if it doesn’t quite fit. Or you could just waltz over to the closet Uniqlo and relieve yourself of the headache in, like, twenty minutes, max. The Japanese retailer’s sport coat, cut from a herringbone wool-blend fabric that looks way more expensive than it is, comes in a classic fit that that doesn’t look schlumpy, a useful tidbit you’ll appreciate when you don’t have time to hit the tailor. And at a meager $130, it’s far and way the best bargain on this list—and that’s saying something.

For well over a decade, J.Crew’s Ludlow suit held down the affordable suiting throne, a high-quality, approachable riff on the type of slim tailoring sent down the runway by the brand’s designer counterparts. For much of the 2010s, the Ludlow reigned supreme; if you wanted an affordable suit cut the GQ way you knew exactly where to get it. But as tailoring proportions gradually swung in the opposite direction, the Ludlow lost a bit of its luster. So earlier this year, J.Crew quietly introduced the Kenmare, a looser and altogether more relaxed silhouette designed to appeal to dudes who want to wear a suit for the sheer thrill of it—not because their 9 to 5 requires them to. The cut is still classic enough to sync up with an Oxford-cloth shirt and brogues, but its relaxed vibe naturally lends itself to wearing as separates, with a faded pair of jeans and cowboy boots or a scuzzy mohair cardigan and derbies. And for the price, there are scant other options made with the same quality or panache.

An odd thing happened over the last few years: a handful of the most influential brands in the streetwear universe started making suits. Good suits. Great ones, even. Noah’s gently-tailored sack jacket falls firmly into the latter camp, a testament to just how meaningless the gnomic “streetwear” moniker has become. Is a graphic tee streetwear? A hoodie? What about an Italian-made notch lapel blazer that’s cut soft and slightly oversized like the archetypal American suit that inspired it? This is a blazer meant to pair seamlessly with cropped jeans and loafers—and your baggiest chinos and scruffiest Vans. If you dig your tailoring injected with a healthy dose of irreverent downtown spunk, this is the jacket for you.

In the finger-wagging parlance of classic menswear, a blazer is typically defined by two distinguishing details: a solid-colored cloth, often in navy, and contrasting metal buttons, often in brass. Ralph Lauren’s expertly-crafted wool jacket checks both boxes, sure, but that’s where its adherence to convention ends. Cut with soft shoulders and brash peak lapels, the brand’s double-breasted blazer also features a lower button stance that makes for a universally flattering shape, no matter your build. It’s a high-quality riff on an enduring American silhouette that’ll anchor your most formal fits just as ably as it’ll elevate your most casual ones: in other words, it’s quintessential Ralph.

If the Ralph Lauren blazer above represents the ne plus ultra of the form, Todd Snyder’s epitomizes the sport coat at its best—a patterned jacket specifically designed for solo wear. Sourced from Italy’s Subalpino mill and made in Canada, it’s the type of layer you should throw on with abandon this fall—over a lightweight knit and faded jeans on the weekend or a button-down and crisply-pleated khakis during the middle of the week. At just under 600 bucks it’s the rare value proposition actually worth every cent.

The Best Blazer for WFH Life

What more is there to say about Issey Miyake’s signature pleated sets that hasn’t already been said—in glowing, superlative form—on this very site? In February, we called the brand’s instantly identifiable pleated jersey “as resilient and wrinkle-averse as your hardest Carhartt gear, but also more graceful and effortlessly polished than a Charlie Parker solo.” At the height of the pandemic, we praised the brand’s pants for their comfort and endless versatility, to say nothing of their ability to make everything else you’re wearing look a little more considered. In blazer form, it’s a sentiment that rings doubly true. With return-to-office plans still in flux, this is the jacket to reach for when slogging through the same exact Zoom meetings with the same exact people starts to feel preposterously tedious. We didn’t know WFH salvation would arrive in the form of an impossibly lightweight polyester layer, but we’re sure glad it did.

Plus 15 More Blazers We Love

Engineered Garments’ vision of reworked Americana tends to be far more interesting than the source material itself. The brand’s beefy herringbone jacket might be made in the US, but its tweaked proportions and utilitarian bent reflect a distinctly Japanese sensibility.

Spier & Mackay’s range of tailoring offers a ton of bang for your buck. We’ve got bougie fabric from the venerable Vitalis Barbaris Canonico mill, half-canvas construction, pick stitching details, and an unpadded shoulder that would have any Italian tailor doing double-takes.

Bundle up for winter without looking like an over-pumped tire.

Husbands’ particular brand of Parisian cool is a truly global affair. The brand’s pinstripe jacket is cut in Naples from a luxurious wool twill and outfitted with peak lapels complete with pick stitching, full canvas construction, and a dreamy ’70s-style silhouette.

A cotton sport coat is kind of like the sneaker of the suiting world: it’s a chill, comfy, knockabout piece of clothing that shouldn’t feel too precious. But the right version can class up any outfit you come up with—and as far as the genre goes, this is the AF1.

Stoffa’s relaxed blazer straddles the line between sport coat and overshirt. The result? A dressy layer that you can wear as easily as your favorite button-up.

Proof that all it takes to imbue your tailoring with a little added oomph is a soft, subtle plaid.

Boglioli makes suits so soft you might just forget you’re wearing ’em. The brand’s unstructured K-jacket is a house signature.

About as authentically Italian as tailoring gets, short of going to the Bel Paese yourself.

We’re not saying it would be a grave injustice if you didn’t wear this jacket with black jeans and Chelsea boots, but we’re not not saying that either.

Like many, fall fashion is something we get the most excited about.… 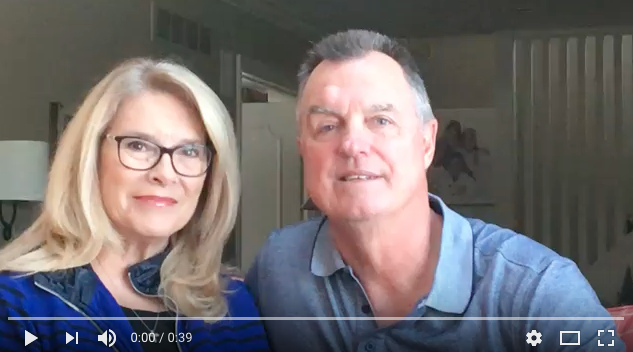 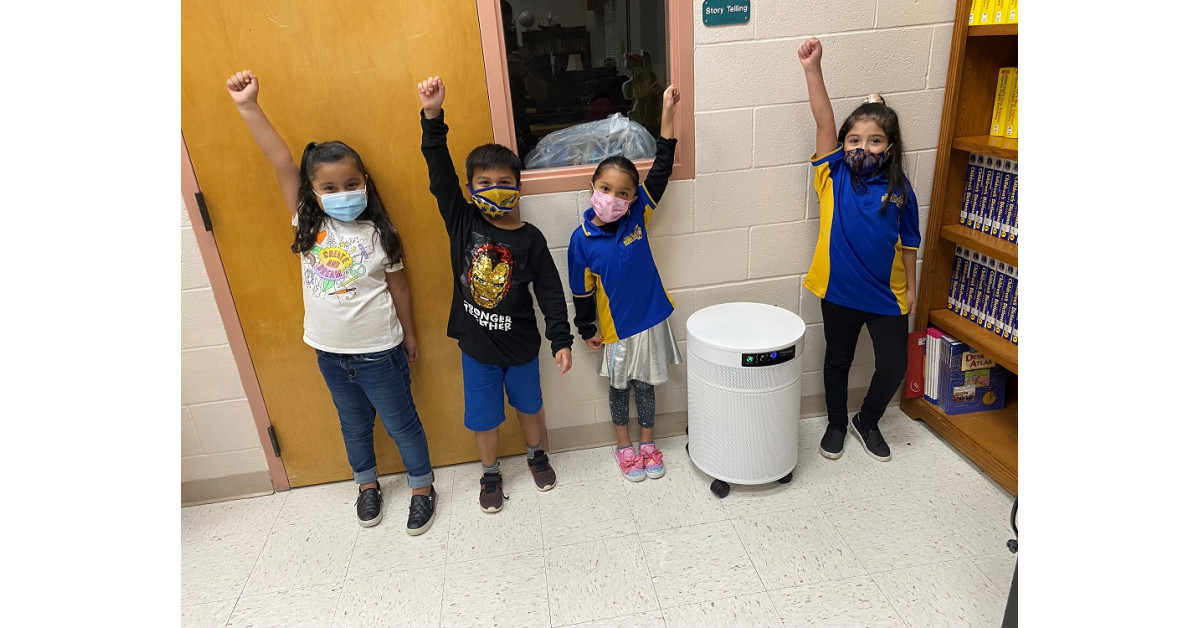 The world has been devastated by the pandemic, but children are among… 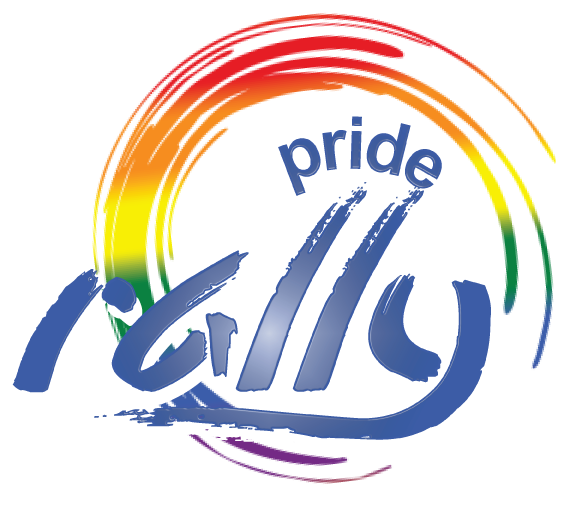 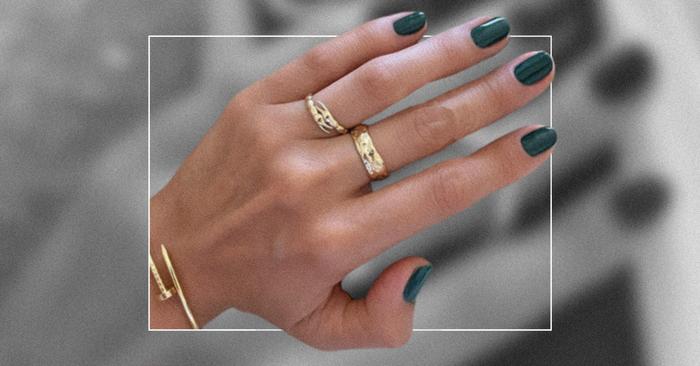 Using this observation as a guide, it made me think a bit…

LOS ANGELES — After answering questions about the Los Angeles Lakers‘…