Inside the hunt for a serial killer stalking Stockton: ‘This person’s on a mission’

When it became clear that someone was killing random people on the streets of Stockton, police were blunt about who they were dealing with.

“This person’s on a mission,” Police Chief Stanley McFadden said.

It would take time for authorities to figure out that the killings — which started in Oakland and then moved east to the Central Valley city — were connected.

They all occurred under cover of darkness, at night or in the early-morning hours, McFadden said, and each victim was alone. Some were shot multiple times.

Authorities have arrested a suspect but released few details about a motive or other information. That has left many in the community with unanswered questions.

Five victims were homeless men, yet it remains unclear whether they were targeted because of their unhoused status. Nonetheless, the killings sent shockwaves through Stockton’s homeless community.

Stephen Bentley, a deacon with St. John the Evangelist Episcopal Church, which provides resources and programs for homeless residents in Stockton, said fear in the community was palpable.

“We’ve never had anything that was sinister, and stalking and very stealth,” Bentley said. “It begins to create a different type of fear. It’s deep-set.”

Authorities initially announced that five fatal shootings from early July to late September were related and said they were seeking a person of interest.

But within days, police said they had tied two additional shootings from April 2021 — one in which a homeless woman was shot multiple times but survived — to the same gunman.

Mary Marsili, who runs an organization that provides mobile showers to those in need, including many homeless people, said residents were rocked by the news.

Marsili said one of the victims, Lawrence Lopez Sr., was a patron of her charity organization, Showered With Love. They knew him as Lorenzo.

Lopez, 54, was found shot to death just before 2 a.m. Sept. 27 in the 900 block of Porter Avenue. His death came just a few days before police acknowledged during a news conference “a series of killings that are connected.”

Bentley, who often rides around Stockton on a tricycle, handing out hot coffee and snacks with other volunteers, said homeless residents changed their behaviors after news of the killings spread.

“They’re staying in groups and then spreading the word among themselves that this is what they have to do,” he said. “They’re not one-on-one, a person here and there; they are grouped in pretty close together now.”

Except for the first shooting police linked to the series — a man who was killed in Oakland in April 2021 — the attacks all occurred within a three-mile radius on Stockton’s north side. But the repercussions reverberated far beyond those neighborhoods.

Standing near the San Joaquin River waterfront in downtown Stockton, Danielle Richae rested alongside a man who identified himself only as Javier.

Javier sipped a coffee that Bentley had given him.

Downtown, where many of Stockton’s civic buildings are located, did not appear to be a hunting ground for the killer, but many homeless people congregate in nearby parks and around the water.

“It’s scary for sure,” said Richae, who has been unhoused for a year.

“It’s made me more cautious,” Javier said, adding that since he and Richae learned of the connected killings, they have been trying to sleep in places that could provide some protection or barrier. They didn’t want anyone sneaking up on them.

“I’m afraid for her,” Javier added.

The unease was not isolated to the unhoused population in this city of 322,000. Residents were especially fearful that Latino men were being targeted after police confirmed that five of the six fatalities were in that demographic group.

Ines Ruiz-Huston, a longtime Stockton resident and vice president of the Latino outreach organization El Concilio California, said many are concerned about their fathers, husbands, sons and other family members or friends who seemingly fit the victims’ profile.

“A lot of young people are worried about their dads because their dads are the ones that leave early in the morning or get home super late from work here, especially in this community,” Ruiz-Huston said.

“In a neighborhood, you kind of know who your neighbors are and you’re kind of a bit more on the alert,” she said. “If a car kind of goes slow, you’re now like, ‘Is this car looking for someone?’ ”

From the time Stockton authorities connected the killings, on Sept. 31, and announced they were searching for a person of interest, the hunt for the potential serial killer became high-profile. Nearby police departments joined the investigation. The FBI and the ATF were both called in.

Authorities identified a suspect, although his name was not initially released. Police surveilled the man for a couple of days, observing his movements, according to Stockton police spokesperson Joseph Silva.

“[His actions] were all similar to the prior homicides that we had: going into parks, near apartment complexes, dark locations,” Silva said.

Around 2 a.m. Oct. 15, the suspect was spotted driving a van near Panella Park on Stockton’s north side. Officers watched him get out of the vehicle and begin stalking another person.

“There was someone in the park, and he was basically zeroing in on that person,” Silva said.

Police swooped in and took Wesley Brownlee into custody. They said he was armed with a gun and was “out hunting” when he was arrested.

It was not clear whether the person in the park who seemed to have drawn Brownlee’s attention was homeless, authorities said.

Brownlee, a 43-year-old truck driver who moved to the Stockton area this summer, has since been charged with murder in three of the Stockton attacks. The murder charges are for the deaths of Jonathan Hernandez Rodriguez, 21, on Aug. 30; Juan Cruz, 52, on Sept. 21; and Lopez on Sept. 27, according to San Joaquin County Superior Court records.

He faces potential firearm sentencing enhancements and special circumstances of committing multiple murders. He is due back in court Nov. 14.

Prosecutors also said more charges could be added, including in the deaths of Paul Alexander Yaw, 35, on July 8; and Salvador Debudey Jr., 43, on Aug. 11.

Authorities say the 2021 shooting death of Juan Miguel Vasquez Serrano, 39, in Oakland as well as the nonfatal shooting of a homeless woman in Stockton also are connected to the case against Brownlee. Oakland police said they are still investigating Serrano’s death.

For now, those who live and work in Stockton are breathing a sigh of relief following the arrest.

“They can sleep a little more safely,” Bentley said. “They can let their guards down a little bit more.”

But Marsili noted that the homeless population has more than enough to worry about without possibly being stalked and killed.

She said the slayings have been an added anxiety for those who face other dangers from living on the street, including drugs, trains and vehicles.

“It’s always going to be dangerous for them,” she said.

The experience seems to have formed bonds that have outlasted the threat, according to Bentley.

Instead of dispersing back into isolated living situations, some groups of homeless people that formed during the killings have stuck together.

“Part of it is they’ve made friendships,” Bentley said. “There’s a feeling of safety within your group bubble.”

And while the immediate threat seems to have passed, there is still anxiety among those who are unsheltered that they could be targeted. That lingering fear is keeping them vigilant, Bentley said.

“They look after each other,” he said. 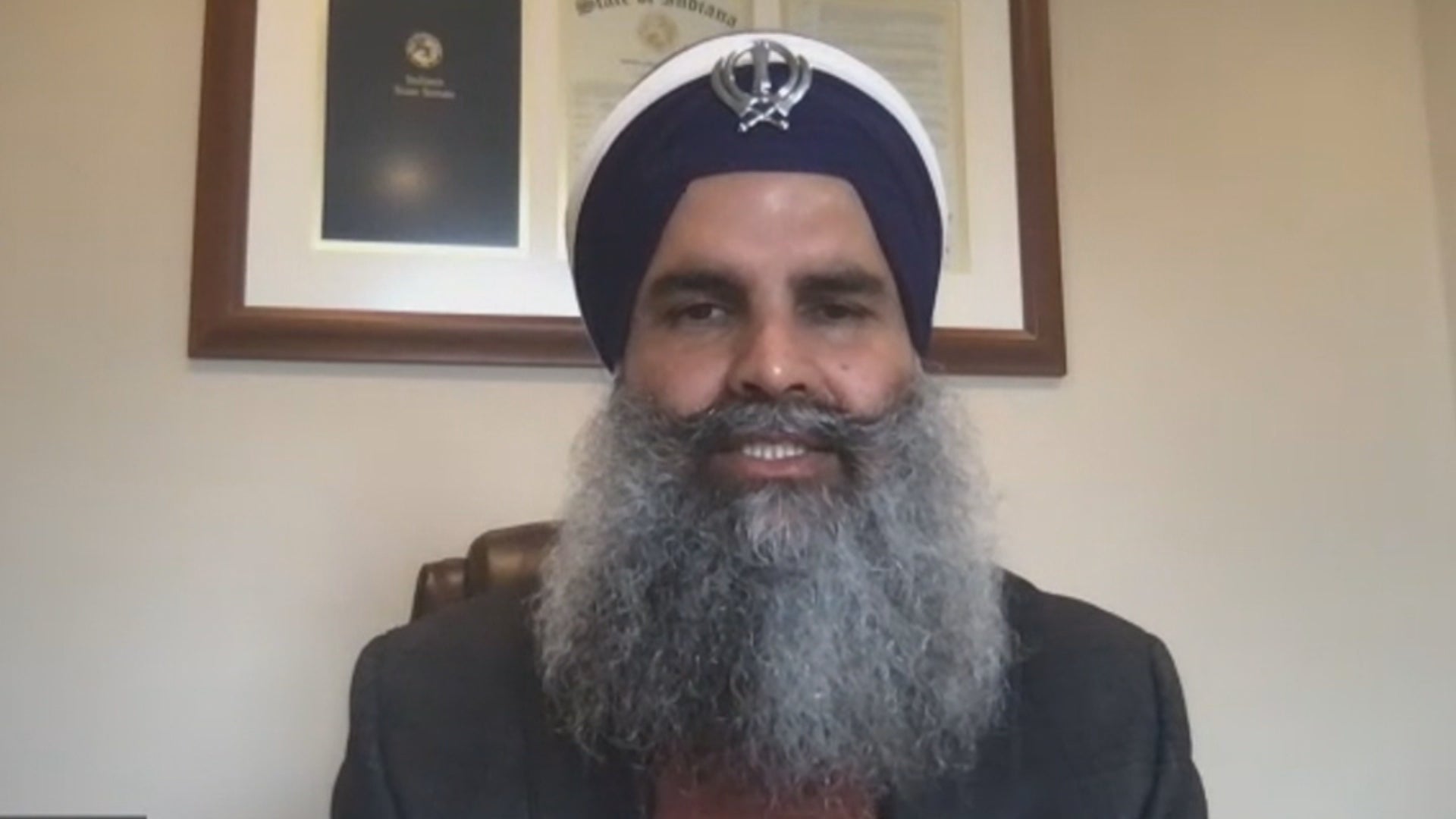 It’s still a rite of passage. Black Friday is not what it…

After months of anticipation, the Reserve Bank of India (RBI) on Tuesday…