Today, August 6, marks the anniversary of the dropping of the first atomic bomb on Hiroshima, Japan in 1945.

We all know how the cities of Hiroshima, and three days later, Nagasaki, were destroyed when atomic bombs were dropped on those areas, prompting the end of World War Two.

But did you know that weather played a key role in the locations to be bombed and that Nagasaki was not the primary target for the second atomic bomb mission?

What You Need To Know

The decision to drop the atomic bombs remains controversial. The choices the Allies faced was an invasion of the Japanese homeland or the idea that Japan would surrender in the wake of the devastation brought by the use of these atomic weapons.

The consideration was that there would be less loss of life by using the atomic bombs, and the rest is history.

The primary target for the first atomic bomb raid was the city of Hiroshima, with the cities of Nagasaki and Kokura being the secondary targets. They chose these three cities because of the military infrastructure based in and around them. But the ultimate decision of where to bomb relied on the local weather on the day of the air raids.

The mission comprised a flight of six B-29 “Superfortress” heavy bombers. The B-29 “Enola Gay” carried the atomic bomb. Three of the six B-29s were used for weather reconnaissance over the potential target cities.

These three planes flew to these cities ahead of the other three bombers to report weather conditions. Clear skies were desired as the two other B-29s of the flight were tasked with taking observations and measurements of the nuclear blast. 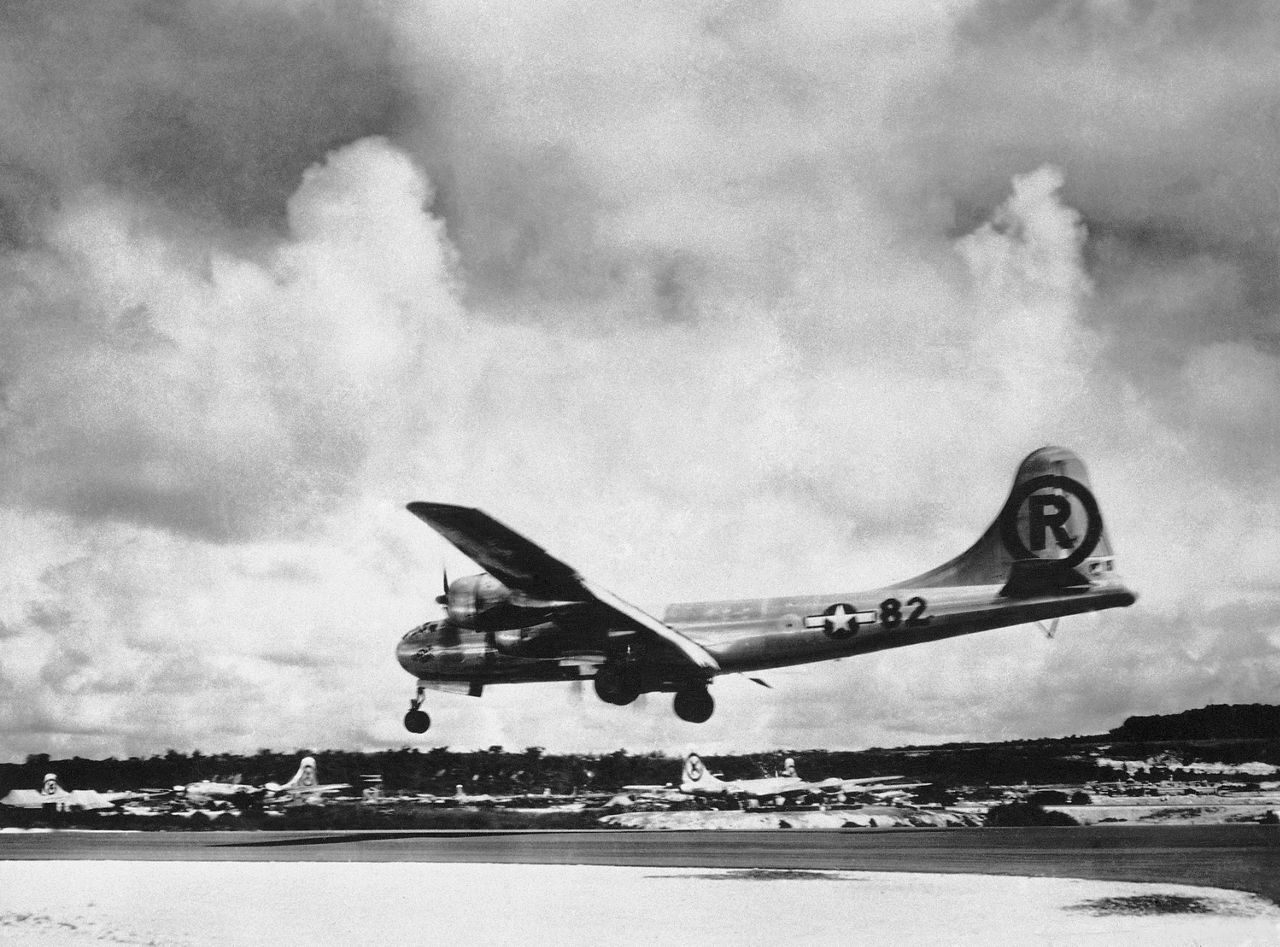 About an hour before the bomb was dropped on Hiroshima, one of the weather recon aircraft named “Straight Flush,” was over the city verifying weather conditions. Those conditions were good with limited cloud cover, so the decision was made to drop the atomic bomb on the primary target of Hiroshima.

With mostly clear skies, the crew of the “Enola Gay” easily found the city. The bombardier released the bomb and detonation occurred about 800 feet from the designated target area. A crosswind had shifted the bomb’s track slightly. 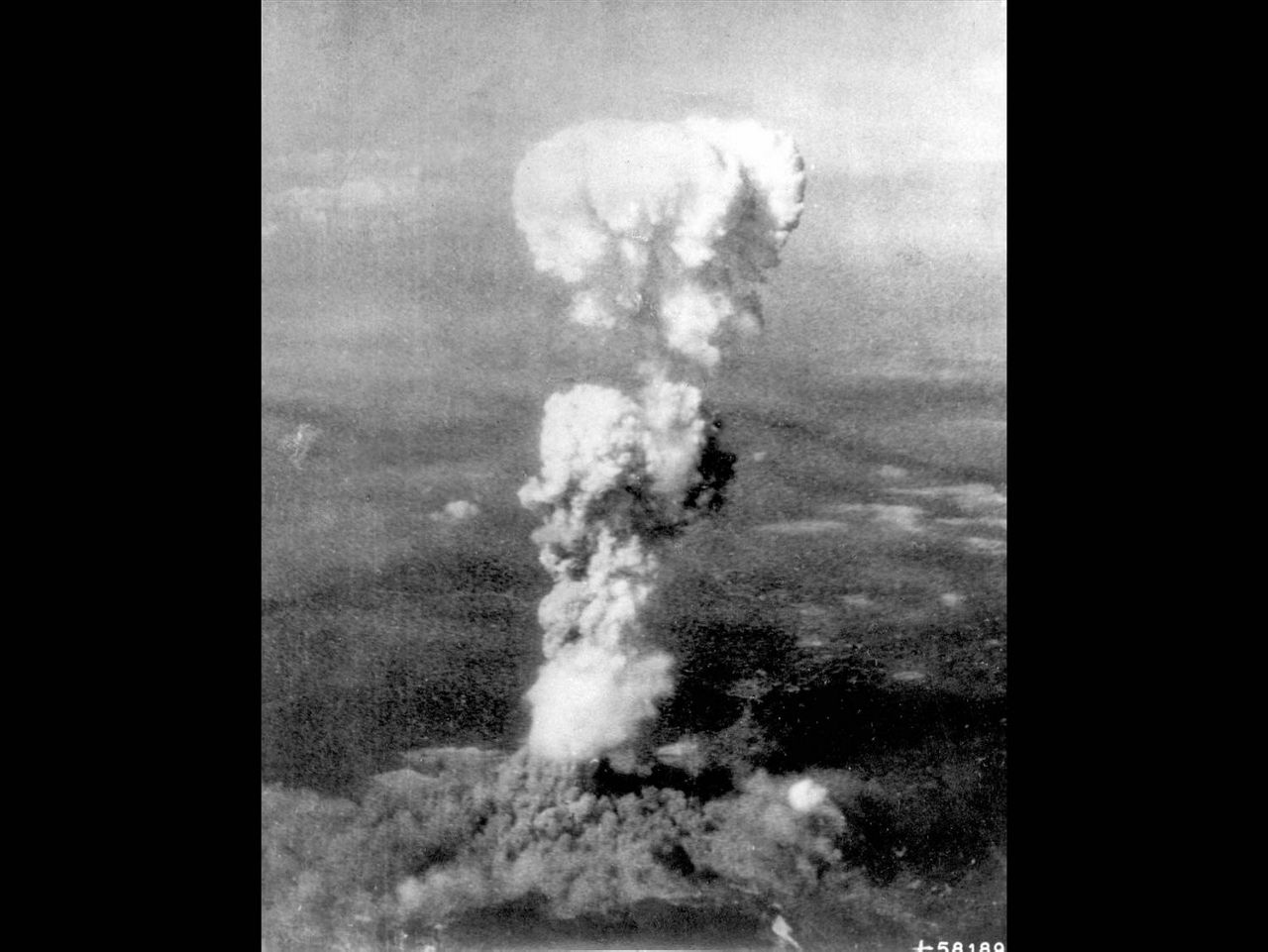 When military officials realized Japan would not surrender after the Hiroshima bombing, the decision was made to drop the second atomic bomb.

The original plan was to drop it on August 11th. However, a storm system was forecast to bring active weather and poor flying conditions across Japan. These conditions were expected to persist for up to five days. With this in mind, the next bombing mission was moved up two days to August 9th.

The primary target for the second atomic bomb was the city of Kokura. Like the mission three days earlier, weather reconnaissance aircraft flew ahead of the rest of the mission airplanes to select which city had the best weather conditions to observe the bomb’s effects. 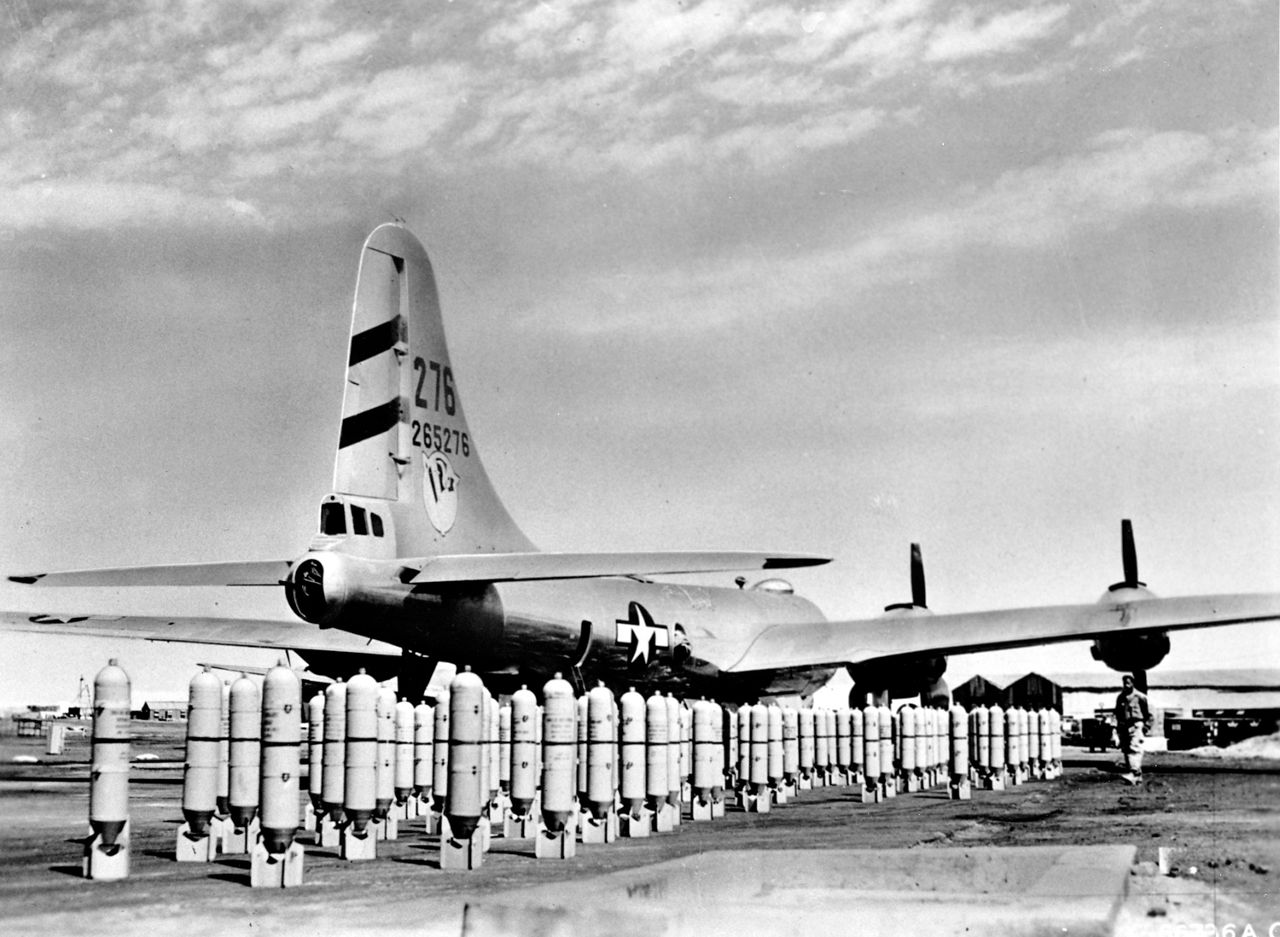 The B-29 “Enola Gay” that dropped the atomic bomb on Hiroshima was the weather recon airplane that flew to observe the weather over Kokura that August morning. Initial reports of both target cities, Kokura and Nagasaki, showed clear weather conditions.

The decision was made to proceed to the primary target city of Kokura. The B-29 that would carry the second atomic bomb was named “Bockscar.”

There were delays in reaching Kokura due to the rendezvous with observation aircraft and actually flight time to the target. Visibility over the city worsened. Between cloud cover and smoke from fires due to another air raid on a nearby city, Kokura was not visible from the air.

“Bockscar” made three bombing runs on Kokura but with clouds and smoke limiting visibility, the crew was not able to see the target to drop the bomb. At this point, with fuel running low, the decision was made to proceed to the secondary target, Nagasaki.

When the B-29 arrived over Nagasaki, clouds had also moved in since the initial weather report and the plan was made to abort the mission if weather conditions did not improve. In that event, the atomic bomb would be flown back to Okinawa and drop the bomb in the ocean if necessary.

At the last moment, there was a break in the clouds and the bombardier was able to spot the target and release the bomb.

However, due to the less than perfect weather conditions over Nagasaki, the bomb detonated almost 2 miles from its intended target in the Urakami Valley. This meant that a large part of Nagasaki was protected due to hills that confined the bomb’s blast. Damage to the city was not as great as the damage seen in Hiroshima. 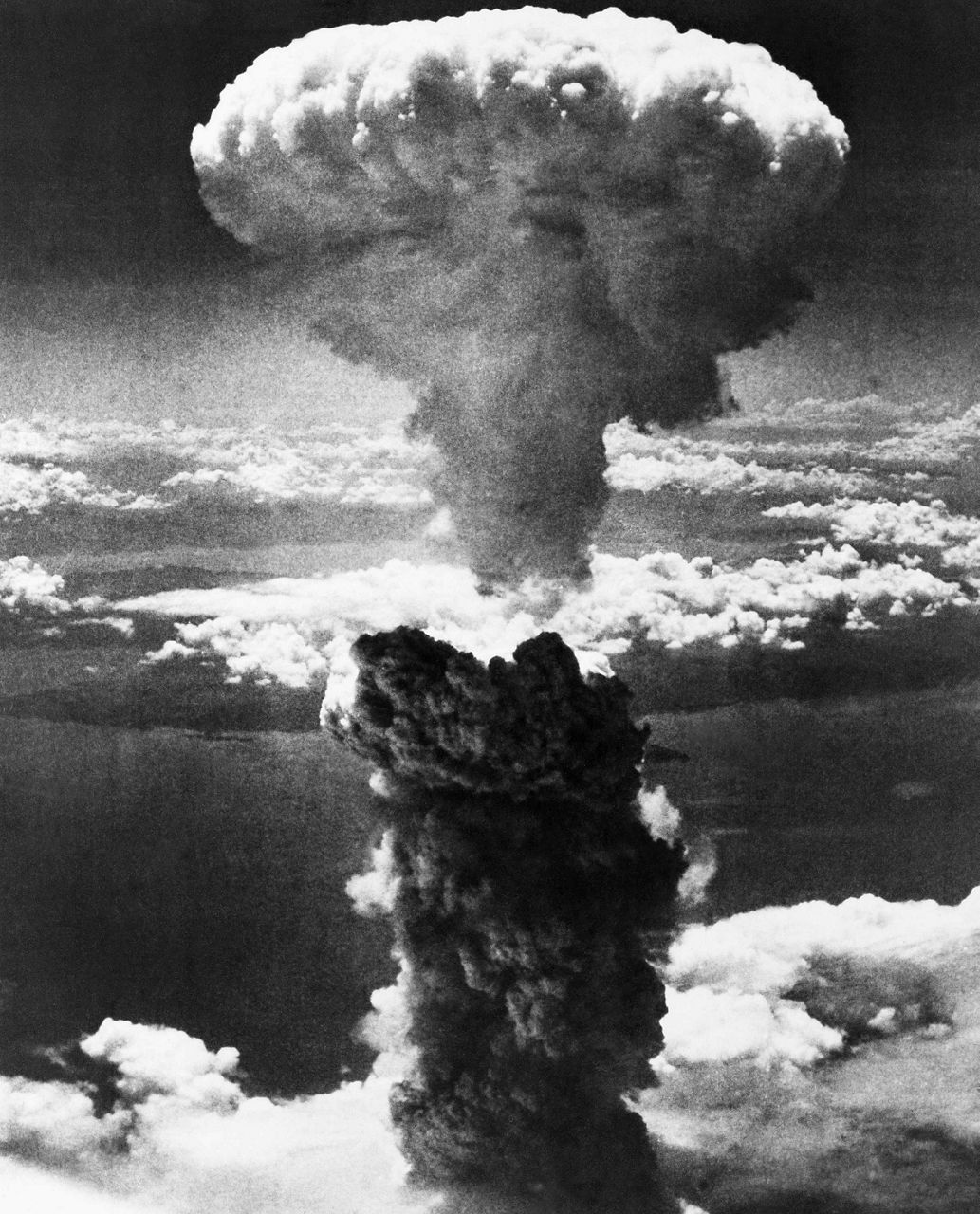 Weather was a key factor

Weather played a major role in the choice of target city and timing of the atomic bomb raids on Japan. Clear conditions set the stage for the Hiroshima bombing. A weather system lead to the advancement of the second atomic bomb mission by two days.

As complicated as the planning was for the missions to drop the two atomic bombs, it came down to weather conditions and a weather forecast, to help make those final decisions and choices that lead those raids to their targets and to what would ultimately lead to the end of the second World War.

As with many events in human history, weather can play a minor or a major role in the outcome of those events. The atomic bomb missions over Japan were no exception.

Editor’s note: Where is the Plane that dropped the first atom bomb today?

The B-29 “Superfortress”, “Enola Gay”, is on display at the National Air and Space Museum Annex next to Dulles International Airport near Washington, D.C.. 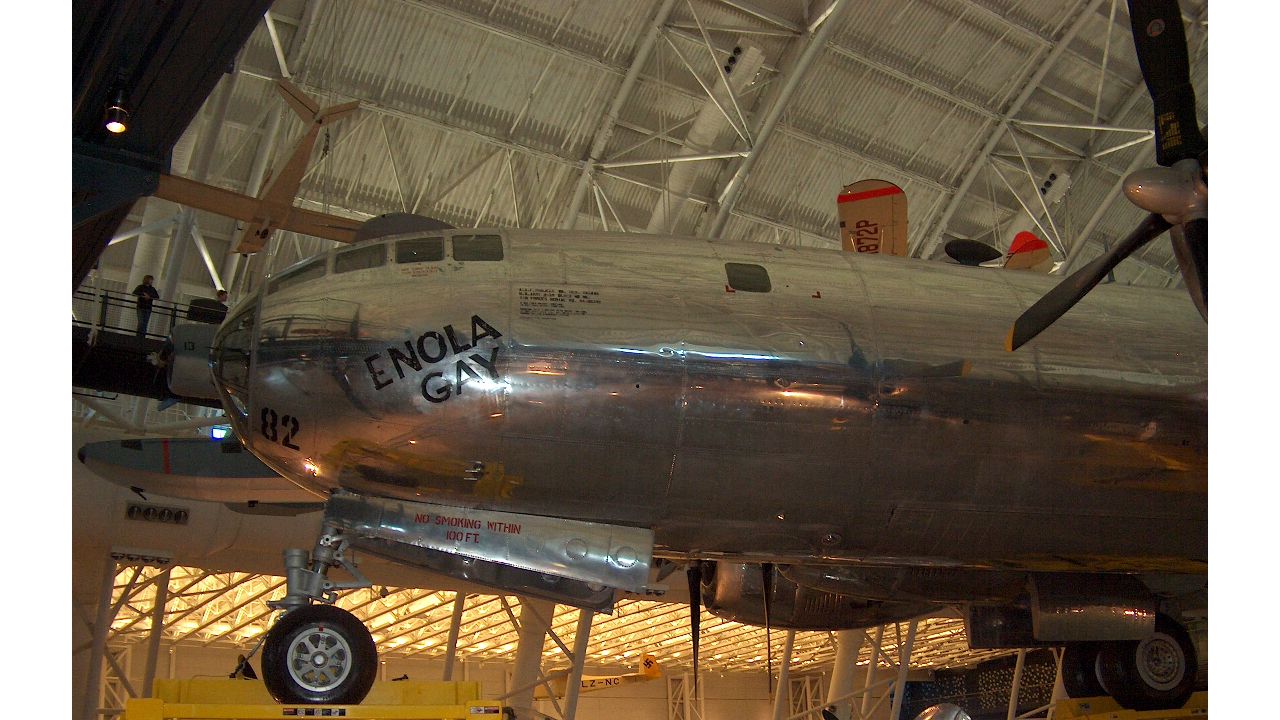 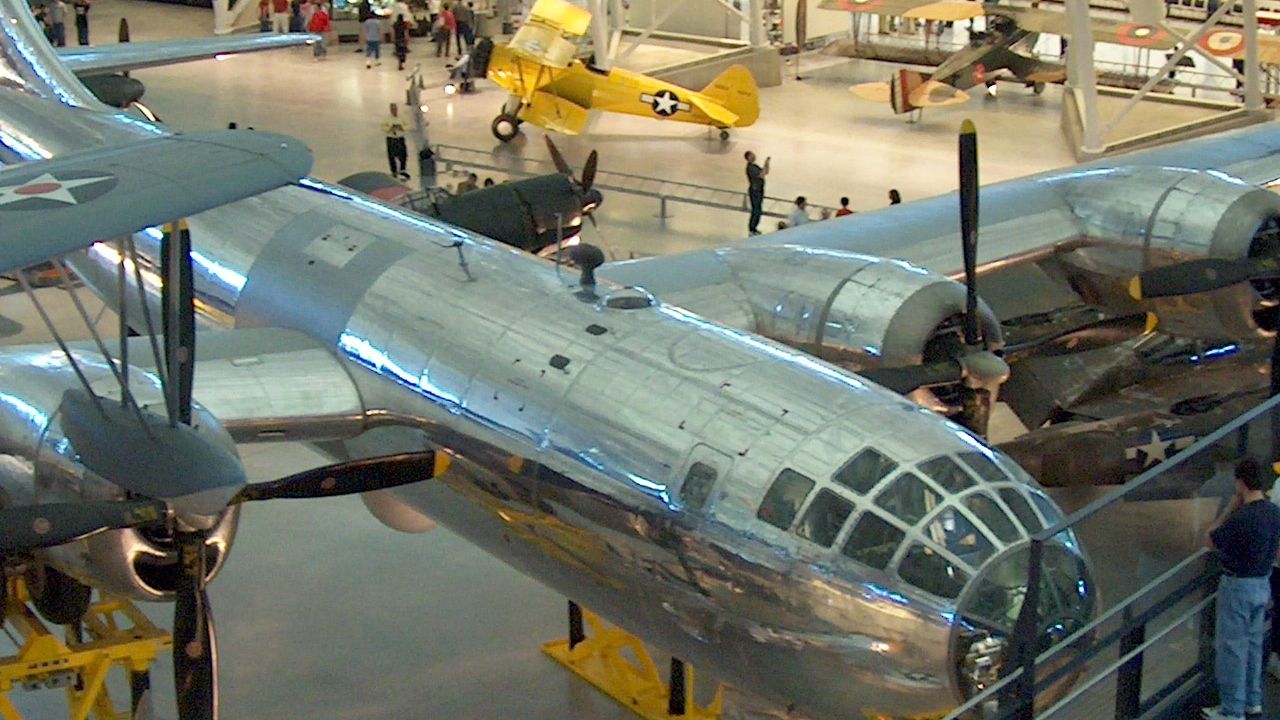 [ad_1] CHICAGO — The playing surface at Soldier Field was the subject of criticism throughout the Bears‘ 19-14 preseason win over the Kansas City...

[ad_1] A man drove a vehicle into a barricade near the US Capitol early on Sunday and opened fire in the street before fatally...

[ad_1] TEXAS — A Texas church performed “Hamilton” this weekend, but the team behind the Tony-award winning production says it shouldn’t have happened. “‘Hamilton’...

[ad_1] NEW YORK CITY (WABC) — The National Dominican Day Parade will mark 40 years when it once again takes over a stretch of...