In the mid-20th century, Harry Harlow conducted cruel experiments on baby rhesus monkeys to prove that the bond between mother and child went far beyond the need for food.

University of Wisconsin-Madison Harry Harlow with one of the rhesus monkeys and its surrogate cloth “mother.”

Harry Harlow was fascinated with the idea of love. Specifically, he wanted to explore how infants develop loving connections with their families. And he did so with a number of controversial experiments involving baby rhesus monkeys and surrogate “mothers” made of cloth or wire.

At the time, most scientists believed that infants were motivated to form connections with their mothers out of a need for food. Some psychologists even counseled that parents should not comfort or hold their children too much because it would make them become dependent adults.

But Harlow’s experiments revealed the opposite — when given a choice between a “wire” mother with milk, and a “cloth” mother without any food, the baby monkeys chose to cling to the cloth mother. What’s more, Harlow showed that babies living in isolation failed to develop social skills.

Harlow’s experiments were controversial and cruel, but they demonstrated an important truth about the infants’ need for touch, love, and comfort.

Born on Oct. 31, 1905, as Harry Israel, Harlow grew up in Fairfield, Iowa, with his parents and three brothers. According to his biographer, Deborah Blum, who wrote Love at Goon Park: Harry Harlow and the Science of Affection, Harlow was a bright, if bored child, whose lonely early years were largely defined by an illness suffered by his brother, Delmer.

“I have no memory of partial maternal separation, but I may have lost some percentage of maternal affection,” Harlow later wrote of Delmer’s illness, according to Blum. “[T]his deprivation may have resulted in consuming adolescent and adult loneliness.”

A capable student when he put his mind to it, Harlow finished 13th out of his class of 71 and outscored all his classmates in an aptitude test designed by the University of Iowa. Yet he had little ambition beyond being “famous,” according to his yearbook — and secretly feared he’d end up “insane.”

Instead, Harry Harlow ended up at Stanford University in California in 1924. After struggling as an English major, he switched to psychology and spent six years as an undergraduate and then a graduate student, studying under great minds like Lewis Terman, the developer of the Stanford-Binet IQ test.

In fact, it was Terman who suggested Harlow change his name from “Israel” to avoid the suggestion that he was Jewish. “Terman chose Harlow for me,” Harlow later wrote, “and as far as I know, I am the only scientists who has ever been named by his major professor.”

After graduating in 1930, Harry Harlow found a faculty job at the University of Wisconsin in Madison. And, there, he would develop his famous — and controversial — experiment with baby rhesus monkeys.

The Wire Vs. Cotton Mother Experiments 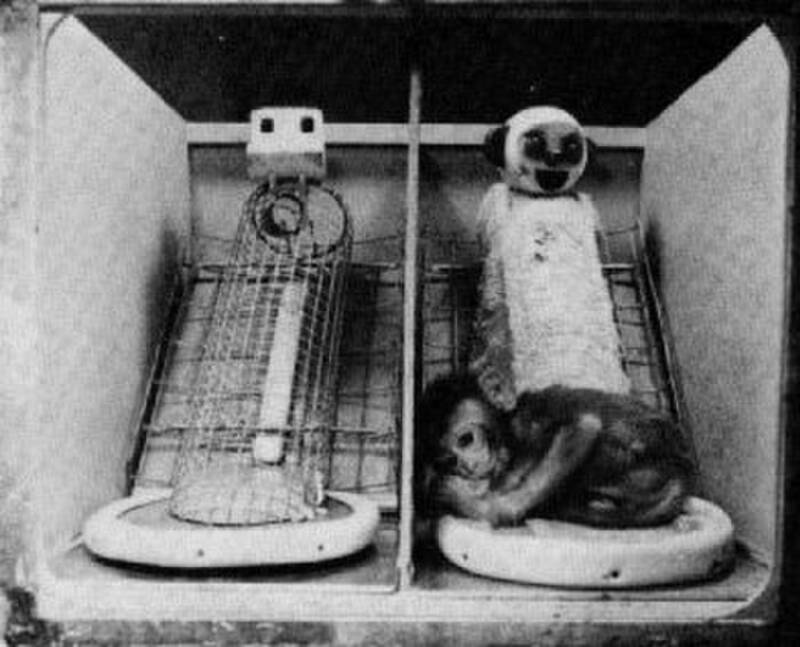 For more than 20 years, Harry Harlow toiled at the University of Wisconsin in relative obscurity. But in 1957, he began an experiment with baby rhesus monkeys that would make him famous — and infamous.

According to The New York Times, most scientists at the time agreed that babies’ connections with their mothers was based on food. As such, many prominent psychologists advised parents not to cuddle their children or respond to their cries because it would make them overly dependent.

“When you are tempted to pet your child, remember that mother love is a dangerous instrument,” the behaviorist John B. Watson even said.

But Harry Harlow and others, according to the Association for Psychological Science, questioned this logic. To explore the question further, Harlow began a series of experiments with infant rhesus monkeys in his Wisconsin lab.

First, Harlow conducted an experiment in which he raised some infant monkeys in complete isolation. According to the Association for Psychological Science, the isolated monkeys hurt themselves, paced in their cages, and stared blankly. When introduced to others, they didn’t know how to interact — and some stopped eating and died. 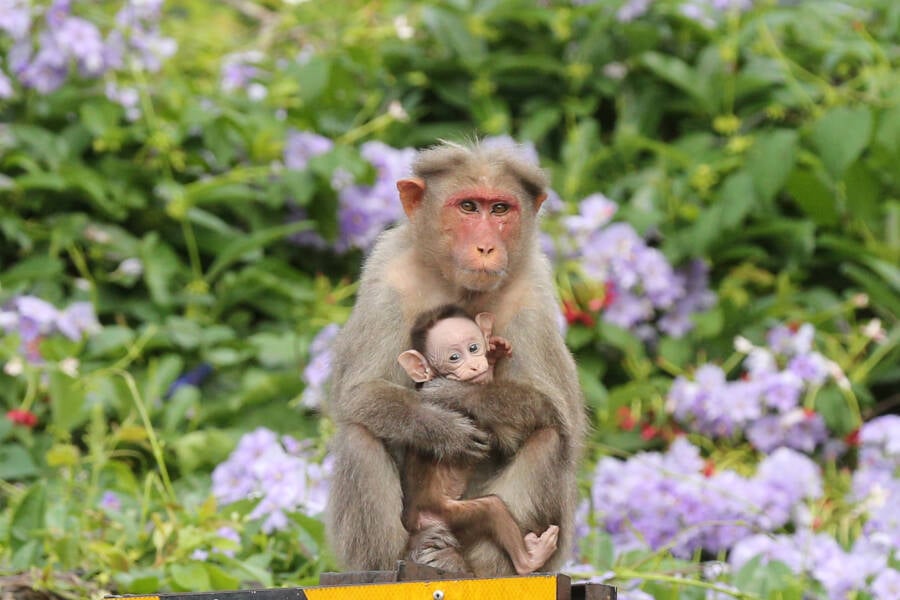 Significantly, they also clung nervously to their cloth diapers, which led Harlow to develop the next phase of his study. In this experiment, Harlow took baby monkeys and placed them with two surrogate “mothers,” one made of wire, and one made of a soft cloth.

Harlow also tested how having a peer group might affect baby monkeys. He found that monkeys that grew up with peers and a mother interacted easily with others. Monkeys with cloth mothers did too — but it took more time. However, monkeys with a mother but no peers were fearful and aggressive, and monkeys with neither had no social skills at all.

So, what exactly did Harry Harlow’s experiments establish?

In his experiments with baby rhesus monkeys, Harry Harlow disproved the scientists of his day who believed that physical contact was unimportant and that babies connect with their mothers out of a desire to survive. Instead, he established the concept of “contact comfort.”

With enough contact comfort, Harlow’s experiments suggested, human infants would grow up to be well-adjusted members of society. Without it, they would be fearful, aggressive, and socially inept.

Ironically, Harlow often struggled to develop stable relationships in his own life. He had two failed marriages (though he remarried his first wife after his second wife died) and, according to Very Well Mind, could be “sarcastic, mean-spirited, misanthropic, chauvinistic, and cruel.”

Plus, his experiments are seen today by some as highly controversial and unethical. By removing the baby rhesus monkeys from their mothers, often placing them in isolation, Harlow inflicted deep, psychological pain on his subjects. But Harry Harlow likely saw his work as essential in order to better understand one of life’s most powerful emotions.

“Love is a wondrous state, deep, tender, and rewarding,” he said when he presented his work at the 66th Annual Convention of the
American Psychological Association in August 1958. Arguing that love was “a motive which pervades our entire lives,” Harlow added:

“Because of its intimate and personal nature, it is regarded by some as an improper topic for experimental research. But, whatever our personal feelings may be, our assigned mission as psychologists is to analyze all facets of human and animal behavior into their component variables.”

His experiments with rhesus monkeys were controversial. But they also compellingly showed how love — or its absence — can shape our lives.

After reading about Harry Harlow and his experiments with rhesus monkeys, learn about the Jim twins who were separated at birth but lived uncannily similar lives. Or, go inside the study that suggested that monkeys are better problem-solvers than humans.