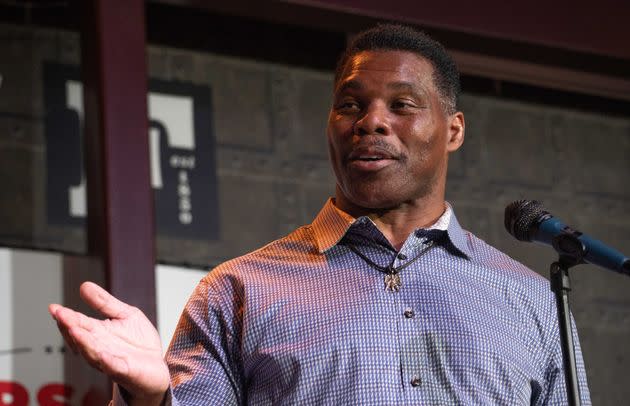 There are 50 states in the United States of America.

But in an interview Tuesday, Georgia GOP Senate candidate Herschel Walker said there were 52.

Abrams cited the state’s problems with mental health treatment, maternal mortality, incarceration rates and wages. Republicans seized upon the remark and used it to criticize her, although Abrams said she stood by her belief that Republican Brian Kemp is “a failed governor, who doesn’t care about the people of Georgia.”

In an interview Tuesday with the Clay Travis and Buck Sexton Show, Walker said Abrams should go live in another state ― saying she had 51 others from which to choose.

“If you don’t believe in the country, leave and go somewhere else,” he said. “If it’s the worst state, why are you here? Why don’t you leave ― go to another? There’s, what, 51 more other states that you can go to?”

Walker is a former NFL star whose campaign has been filled with controversies and misstatements.

He has faced domestic violence allegations, and recently, claims of being an absent father. Walker has talked frequently about his 22-year-old son Christian and railed against fatherless homes. But The Daily Beast reported that Walker actually has three other children he doesn’t talk about publicly. He has since acknowledged his four children, saying he “never denied any of my kids.”

Walker has also said he’s skeptical of evolution, pointing to the fact that apes and humans coexist.

“At one time, science said man came from apes, did it not? … If that is true, why are there still apes? Think about it,” Walker said in March.