Ted Whitehurst, Providence Bank president and CEO, led the charge to open a new brick-and-mortar location of the Raleigh, N.C., community bank during the pandemic.

Providence Bank chose to open a new brick-and-mortar site during the pandemic, when many other businesses were ceasing operations or shutting down altogether. President and CEO Ted Whitehurst talks timing, lessons learned, results and how his staff went the extra mile.

When COVID-19 rocked the world in March 2020, Ted Whitehurst was reviewing a lease for a new branch of Providence Bank in Raleigh, N.C. Of course, he immediately hit the brakes on that plan—although nobody could have predicted the severity or length of what would become a pandemic.

“We said, ‘Let’s pause this,’” recalls Whitehurst, president and CEO of the $700 million asset institution, headquartered in Rocky Mount, N.C. “We thought COVID would be a two- or three-week shutdown.”

Whitehurst and his colleagues had been considering opening a branch in Raleigh since mid-2019. The community bank, which was started de novo in 2006, already had numerous commercial clients in the city; they had been referred by existing customers of Providence Bank’s five existing locations, clustered about 45 minutes east of Raleigh.

“We were already doing a significant amount of business in Wake County [where Raleigh is located] without a presence there, so we felt with an actual location, it would be easier to work with existing customers and offer our full range of banking services,” Whitehurst says. “And we could then go after new customers as well.”

There are plenty of other banks in Raleigh—which has a population about eight times that of Rocky Mount—but Whitehurst says he was confident Providence Bank’s reputation for exceptional customer service would attract enough new customers to make the location worthwhile.

“We focus on learning about our customers and doing what we can to help them,” he says. “We have a really strong group of employees that care a lot about our communities and the bank, and they roll up their sleeves and work hard. They know how to treat our customers well, and when you treat customers the right way and do the right things, they’re going to talk about it. It’s just a natural instinct that if you’re treated well by a bank, you refer your friends to that bank.”

But with the new location on hold, growing the market in Raleigh would have to wait. Whitehurst and his team instead focused their efforts on helping their customers survive. Because Providence is primarily a commercial bank, the Paycheck Protection Program (PPP) was an essential lifeline to its clients. In the first round of PPP lending, it granted 220 loans totaling $17 million, and in the second round, 170 loans totaling nearly $13 million.

“As we got through those early months and the first round of PPP lending, we felt like we were getting our hands around all that. We felt like Wake County was still going to be a vibrant market for us, and it just made sense to move forward and open the location.”
—Ted Whitehurst, Providence Bank

“We did a lot of smaller-dollar loans, trying to make sure the needs of our local community were met,” Whitehurst says. “We also worked with customers who did not bank with us but were not able to get PPP loans at the places they currently banked. We had employees who were willing to work around the clock to get those done and funded.”

One category of bank customer particularly hard hit by COVID was restaurants. To help them in the early stages of the pandemic, Providence Bank bought quantities of gift certificates from a given restaurant each Friday and distributed them to staff and customers. That generated a badly needed stream of business for those restaurants.

Back to branch strategy

In place of a traditional lobby and teller windows, Providence Bank’s new branch location, pictured, occupies office space in downtown Raleigh, where loan and deposit activity has been strong.

As COVID wore on, some semblance of normalcy crept back into the banking business. Lobbies were closed, but business was getting done. Conversations about the new branch started up again in the fall of 2020.

“As we got through those early months and the first round of PPP lending, we felt like we were getting our hands around all that,” Whitehurst says. “We felt like Wake County was still going to be a vibrant market for us, and it just made sense to move forward and open the location.”

The original space, which included seven offices inside a modern office building north of Raleigh’s downtown, was still available. But finalizing a lease and furnishing an office was difficult. Nearly anything that would be simple during normal times—such as getting furniture delivered—was a challenge during that no-contact era.

Another difficulty was finding employees, since most people were still completely hunkered down in those pre-vaccine days. Fortunately, one vital employee, Jeff Tobias, commercial banking manager, was already in place. Tobias had been developing the client base in Raleigh while working from the bank’s headquarters in Rocky Mount, and he was ready to move part-time to the new location. Eventually, Providence secured three new employees to join Tobias in the new office.

“Everything was just more difficult and slow then,” Whitehurst says. “But we worked through it step-by-step until we could get it done.”

Finally, in December 2020, the new location opened. As Whitehurst had hoped, the larger community in Raleigh has provided excellent growth opportunities for Providence Bank.

“There is obviously more business there because of the size and depth of the market,” he says. So, despite the ongoing challenges of opening a branch during the pandemic, the new location has met the community bank’s expectations.

“We’ve seen significant growth in both the loan and deposit side out of that location,” Whitehurst says. “We have been able to offer a great experience to our customers there, and they talk to their friends and tell them about us, and that’s how we get a lot of our business. I think that’s even more true in a larger market like Wake County.”

Ed Avis is a writer in Illinois. 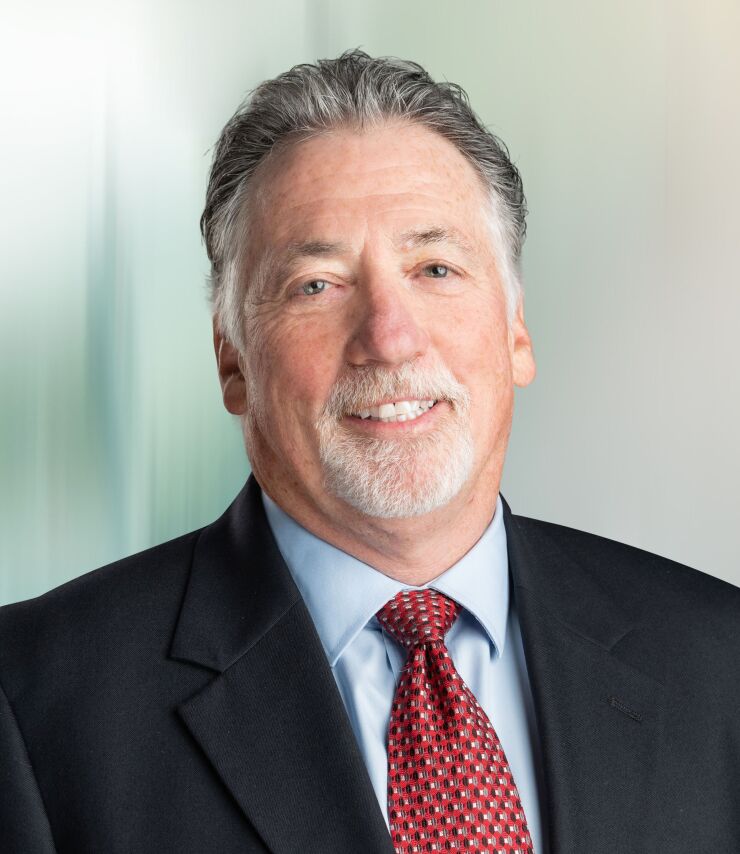 What your clients need to know now about crypto taxation

Its recent swoon aside, cryptocurrency continues to make incursions into the mainstream, with roughly 200 million people worldwide using or having used it, large... 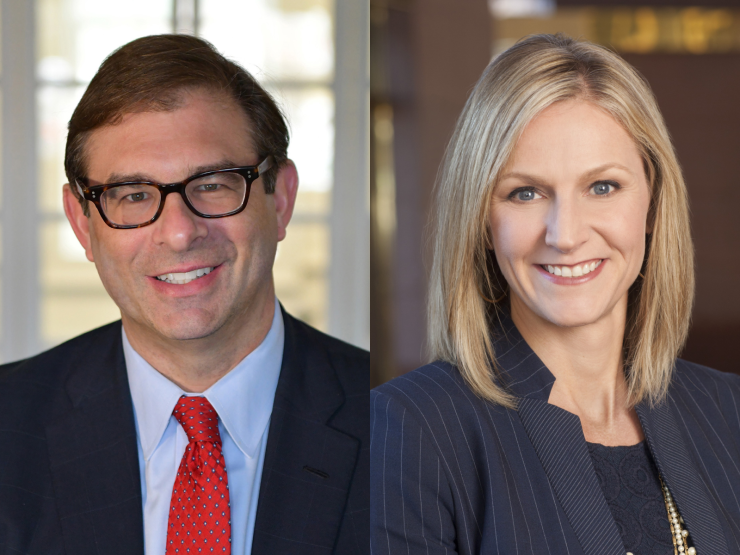 Bank of America caters to employees of its commercial clients

A few years ago, the cloud software company Blackbaud decided to launch a strong financial wellness program for employees as part of a broader... 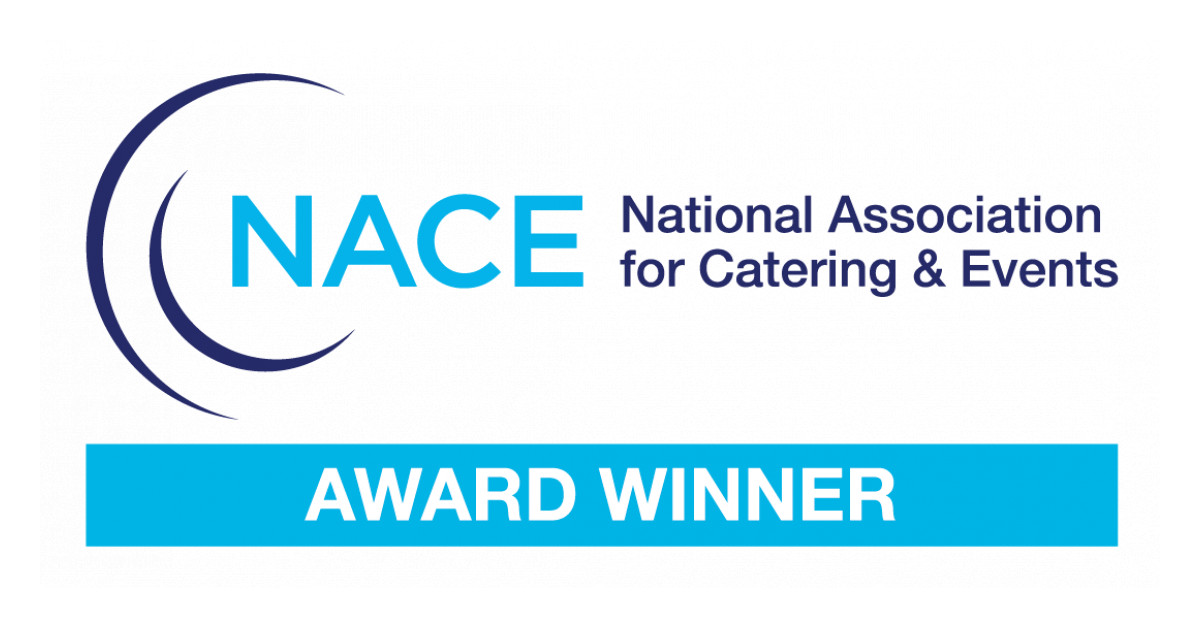 Flexible work platform recognized for adaptation during a time of crisis in the industry Press Release – Aug 9, 2022 12:00 EDT SAN FRANCISCO,... 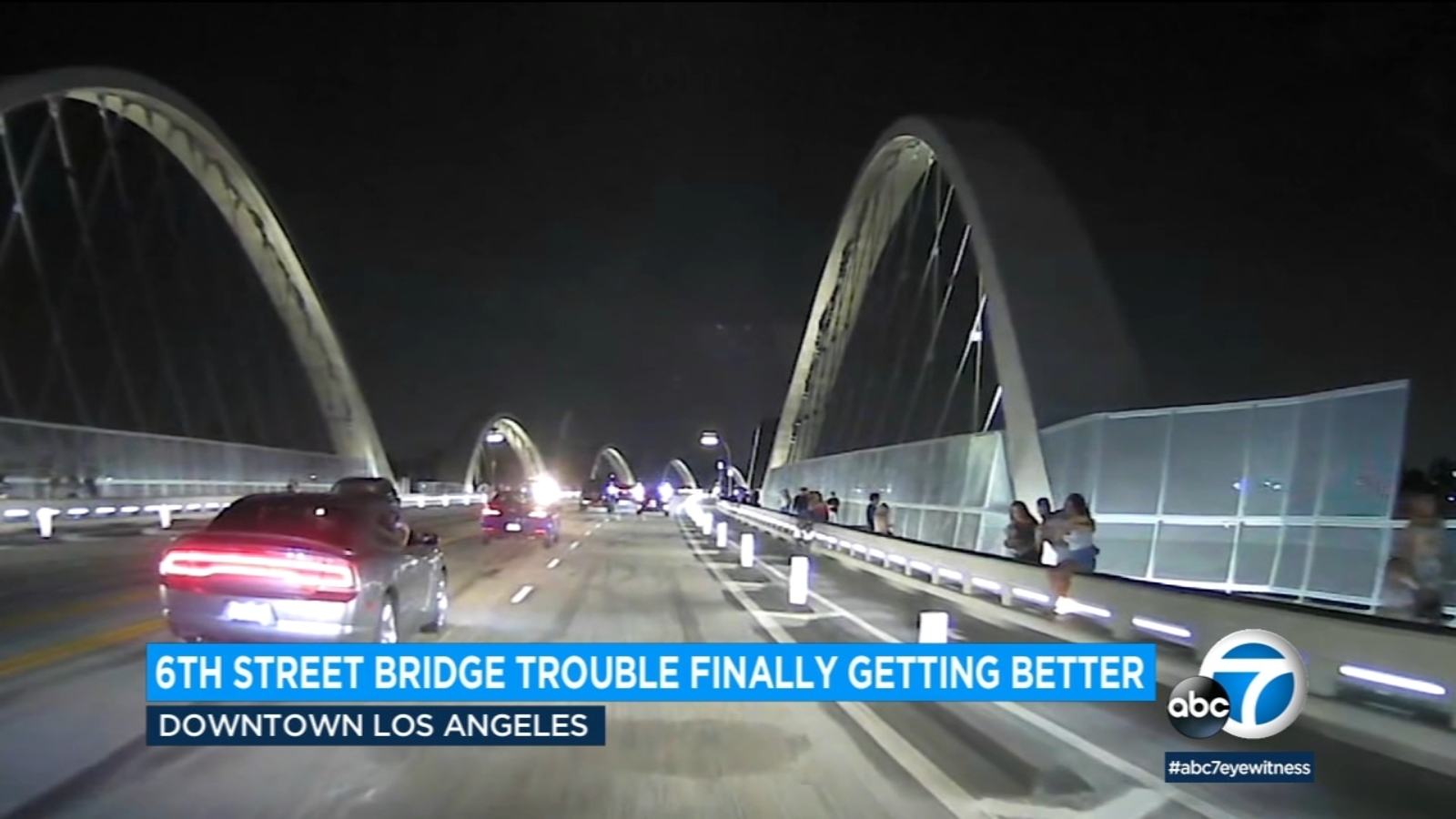 LOS ANGELES (KABC) — After weeks of street takeovers, illegal stunts and all sorts of trouble on the Sixth Street Bridge, things seem to... 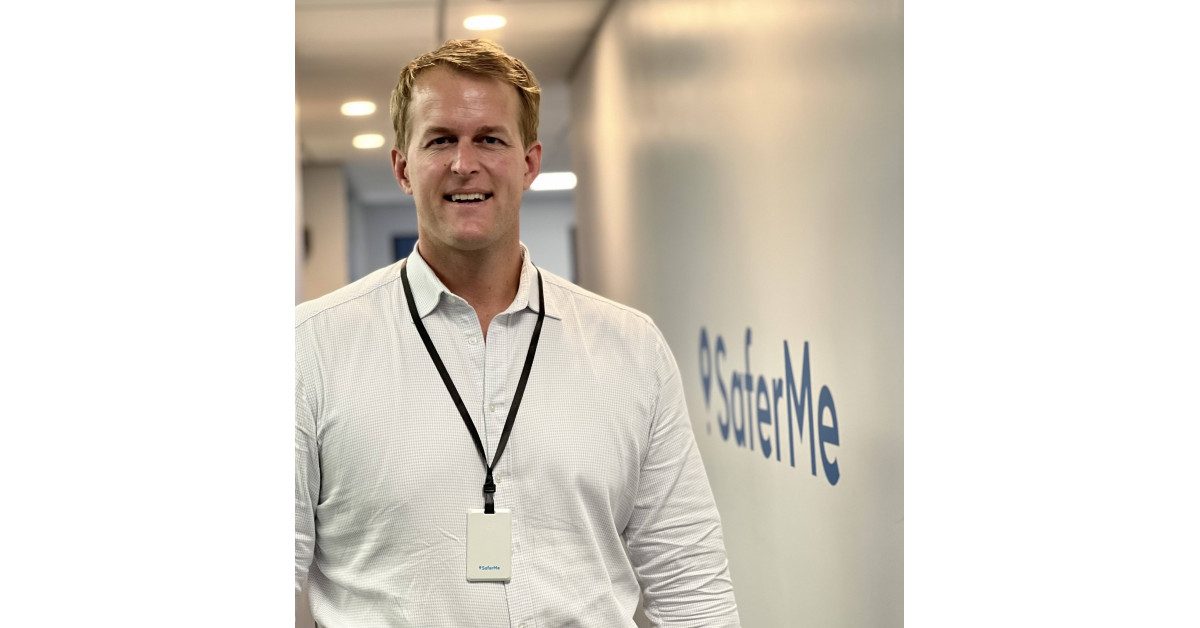 The Walmart, Target inventory misses include a message for Main Street

Filip Radwanski | Lightrocket | Getty Images The retail battle narrative over the past few decades has cited one of two wars: Amazon and... 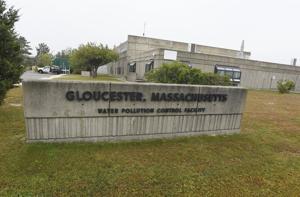 U.S. Rep. Seth Moulton, D-Salem, will be making stops in Lynn and Salem on Monday and Gloucester and Newburyport on Tuesday to visit some... 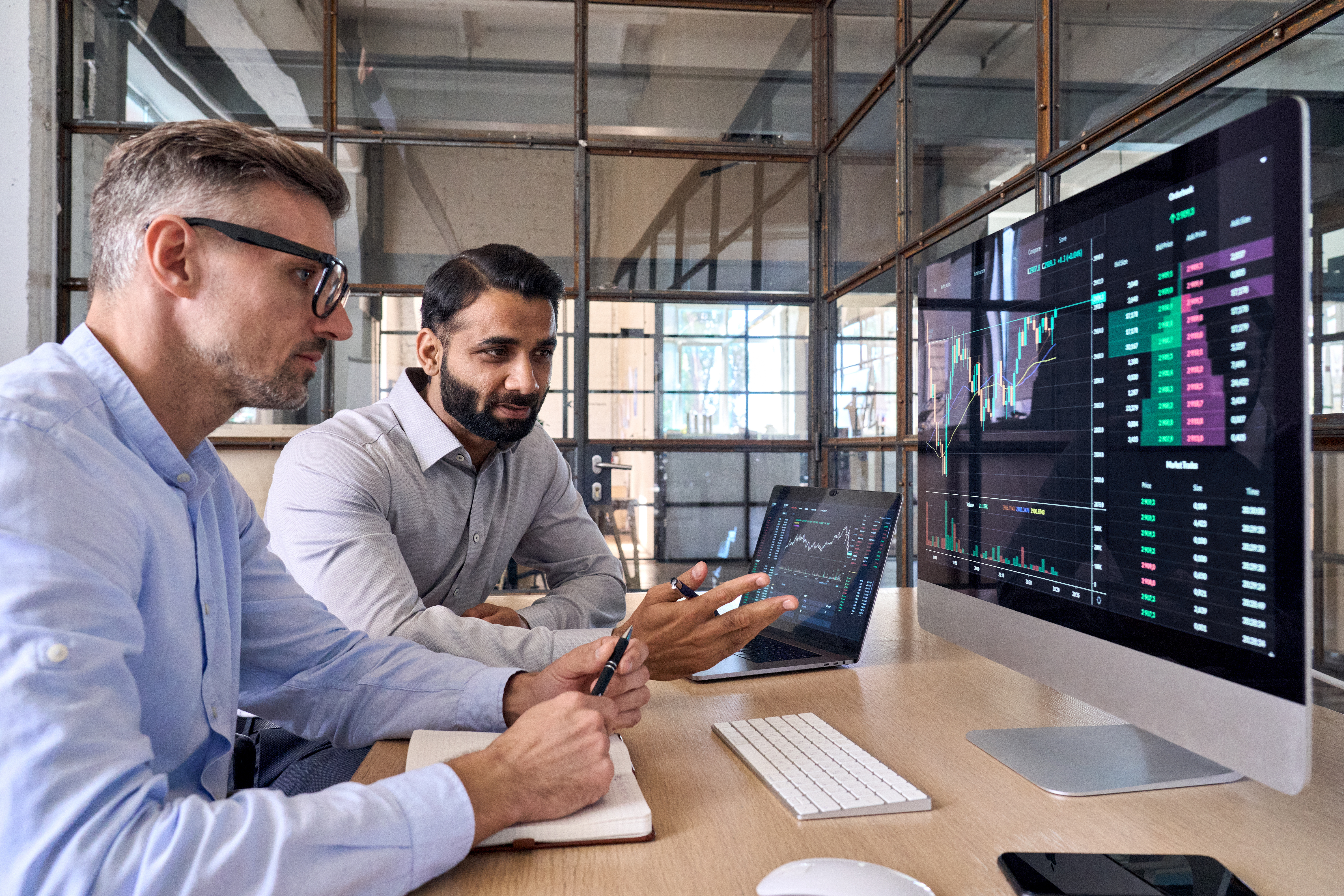 As advisors continue to show excitement for the potential of artificial intelligence, the financial services industry is focused on how to make the most...