Gadget Book: Flutter Apprentice
Flutter Apprentice aims to help you get to grips with the cross-platform UI toolkit. Launched a couple of years ago by Google, it’s a neat way of creating embedded graphic components from a single codebase, via native Arm code. The book is aimed at developers that are new to Flutter, including those with experience on Android, iOS or the Web.

Gadget Book: A Hands-On Guide to Designing Embedded Systems
Aimed at professionals, the book covers designing embedded systems. Specifically, it’s an introduction to the design of FPGAs and is aimed at “engineers in the trenches”, presenting things on a practical level. It walks you through the design of an embedded system, from concept and requirements to FPGA and reliability, and the authors actually designed and manufactured the board covered in the book. Note that the authors actually designed and manufactured the board talked about in the book.

Gadget Book: Introducing Bluetooth LE Audio
Presenting an in-depth, technical overview of the LE Audio specifications, which were unveiled at CES 2020 (by the author), this new book aims to examine how Bluetooth LE Audio could change the way we design and use audio. Basically, the new version of Bluetooth brings such features as enabling lower-power devices, enabling multi-stream audio to support both left and right hearing aids (with built-in audio synchronisation) and increased broadcast functionality to allow audio sharing. The book is aimed at developers looking to build products who need to understand the specifications, designers of audio products, and business managers who may be making decisions about audio opportunities. 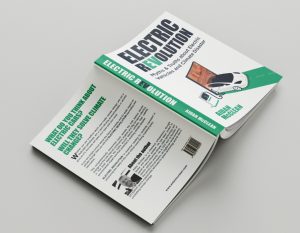 Gadget Book: Electric Revolution
I don’t cover automotive material much on Gadget Master, I must admit, but this one may be of wider interest: a book called ‘Electric Revolution: Myths & Truths about Electric Vehicles and Climate Disaster’. Not strictly a Gadget-related book, I know, but still… and I haven’t seen this one, so the usual caveat emptor applies. The publishers write: “Whether you are sceptical about man-made climate change and are a dedicated petrolhead, or are a card-carrying environmentalist and already drive an EV, this book will open your eyes and your mind.” 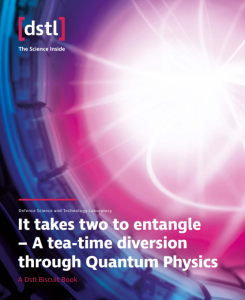 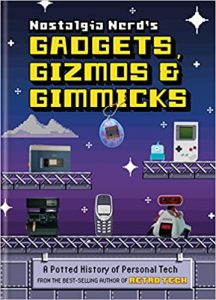 Gadget Book: Nostalgia Nerd’s Gadgets, Gizmos & Gimmicks
This book, charting five decade’s worth of gadgetry and gizmos, sounds right up Gadget Master‘s street. Note, however, it’s not out until October, so we’re slightly jumping the gun here… It’s written in a very non-solemn way by Peter Leigh and, as its title suggests, its an irreverent look at personal technology through the ages. Both the highs and the lows. Its content ranges across the likes of a Sinclair watch, the Apple Macintosh and the Nintendo Game Boy, for example.

And those are all the recent additions. If we keep expanding like this, we may have to extend the library further and demolish the Gadget Master Orangery…. quelle dommage.