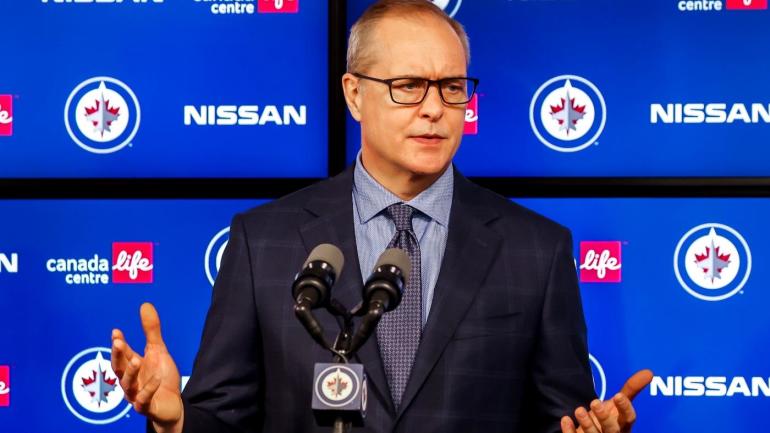 After being eliminated in the second round of the Stanley Cup Playoffs, the Florida Panthers are making a head coaching change. The Panthers are replacing Jack Adams Award finalist Andrew Brunette with former Winnipeg Jets head coach Paul Maurice.

“At the completion of our season, we began an in-depth examination of all aspects of our team. After taking the appropriate amount of time for analysis, we determined that we needed the perfect fit to continue with the growth of our players and stay on the path for our franchise goals,” Panthers general manager Bill Zito said in a press release. “Paul’s experience and intellect were just what we were looking for and we are thrilled for him to step into the role of head coach.”

According to TSN’s Darren Dreger, Maurice will receive a three-year contract. Dreger also reported that there’s a possibility Brunette could remain with the organization in a different capacity.

Maurice had served as the Jets head coach for the past nine seasons before resigning in December 2021. During his time in Winnipeg, Maurice accumulated a 315-224-62 record and took the Jets to the playoffs in five of those seasons. Maurice’s most successful campaign came during the 2017-18 season, when the Jets advanced to the Western Conference Final, where they lost to the Vegas Golden Knights.

Maurice, 55, also has spent time as the head coach of the Hartford Whalers, Carolina Hurricanes (two stints) and Toronto Maple Leafs during his career. He led the Hurricanes to the Stanley Cup Final as head coach in 2002.

After defeating the Washington Capitals in six games in the opening round of the postseason, the Panthers were swept by the Tampa Bay Lightning in a series where Florida only mustered three goals.