Wilmington, North Carolina, September 27, 2016 (Newswire.com)
–
​It was a day he has replayed in his head thousands of times. In 2012, Don Seagraves arrived at his ex-wife’s house for his scheduled visitation with his three-year-old son, Urijah. But when he got there, Urijah and Don’s ex-wife, Ivonne, were gone. Don suspected that Ivonne had taken their son to Guatemala without following the judge’s order.

Don and Ivonne had a joint custodial agreement, which Don had faithfully upheld. But even though Ivonne committed a crime when she violated the Court’s custody order, Don faces an uphill battle to be reunited with his son.

“I just want to get him back where he needs to be and be a father to him.”

Like Urijah, more than 1,000 outgoing international child abductions are reported to the U.S. State Department each year.  According to findings by the U.S. Congress in 2014, only one of every two abducted children taken from the U.S. to a foreign country with which the U.S. has reciprocal obligations under the Hague Child Abduction Convention are ever returned to the U.S.[1]

According to Don and Ivonne’s custody agreement, neither party was allowed to leave the State of North Carolina with Urijah, pursuant to a Court order.  Then Ivonne filed a motion for permission to take Urijah to visit her family in Guatemala.

Don objected. But Judge James H. Faison, III granted Ivonne permission, on the condition that she return to the United States by July 31, 2012.  Judge Faison’s court order also required Ivonne to share the telephone and mailing address where she and Urijah would be in Guatemala. But Ivonne left the U.S. in secret, leaving no information about her whereabouts. Soon after, an arrest warrant was issued by the Pender County Sheriff’s Office against Ivonne for felony parental kidnapping.

“In North Carolina, state law makes it a felony to keep a child under the age of 16 outside the state in violation of a court order,” says Mark Spencer Williams, attorney for Don Seagraves.  See N.C. GEN. STAT. § 14-320.1.  “There is also a federal law, the International Parental Kidnapping Crime Act (IPKCA) codified at 18 U.S.C. § 1204, which makes what Ivonne did a criminal act.”

The Court awarded Don sole custody as a result of the kidnapping, but Don has still not been able to locate his son. He has spent the past four years searching for him, despite his limited financial and professional resources; Don is a high school graduate who works in the construction industry, and he does not speak Spanish. He could not afford an attorney, let alone the extraordinary costs associated with civil and criminal remedies in a foreign country.

Then Don made contact with Rice Law, a Wilmington North Carolina law firm. The firm took on Don’s case on a pro bono basis. With their help, the National Center for Missing and Exploited Children, Interpol, the CUE Center for Missing Persons, law enforcement, and private investigators were used to locate Urijah. The U.S. State Department asked the government of Guatemala to issue an “Alerta Alba Kenneth” which is its equivalent of an “Amber Alert.”  On August 19, 2016, after a four-year search, Don was notified that Urijah had been found, living with Ivonne in Guatemala. Ivonne was served with legal documents under the Hague Treaty, which will require her to appear in court in Guatemala on Don’s petition seeking the return of Urijah.

But there is another obstacle— Guatemala has a history of noncompliance with this Treaty and the U.S. State Department has not taken action to enforce the treaty in Urijah’s case.

The Hague Convention on the Civil Aspects of International Child Abduction (the Hague Convention) provides that a child who has been a habitual resident of the United States before being removed to a foreign country, and who has been wrongfully retained in another country in violation of the left-behind parent’s custodial rights, should be promptly returned to the country of habitual residence.

One of the responsibilities of the U.S. Secretary of State is to address countries with a pattern of noncompliance, which can include withdrawal of U.S. assistance and requests for extradition of the kidnapper.[2]  However, even though the Hague Convention requires a hearing to be scheduled within six weeks, no hearing has even been scheduled in Don’s case. The State Department indicates it has not even been able to conduct a welfare and safety check on Urijah because “our Consular staff is restricted from entering the district where the child was located, due to security concerns.”

Kevin Brosnahan, spokesperson, Bureau of Consular Affairs at the U.S. State Department, indicated that, “due to privacy considerations, we are not able to discuss this case specifically.” However, Brosnahan notes that the State Department annual reports show that since joining the Hague Convention in 2008, Guatemala has been cited five times for patterns of noncompliance.

As a result of Guatemala’s non-compliance and the U.S. State Department’s silence on the case, Don Seagraves has sought assistance from his elected officials, including Congressman David Rouzer (R-NC), Senator Thom Tillis (R-NC) and Senator Richard Burr (R-NC). Seagraves is asking that the State Department implement the sanctions required by the Goldman act against Guatemala until it complies with the Hague Treaty. Don is also asking that Ivonne be extradited to the U.S. on the kidnapping charge.

According to foreignassistance.gov, $225 Million in U.S. Aid is sent to Guatemala, yet it is one of only three countries listed as non-compliant with the treaty by the U.S. State Department[3]. To date, Don is not aware of any specific action that the State Department has taken for Guatemala’s pattern of non-compliance.

It is cases like Urijah’s that have resulted in significant changes to our laws about international child abduction.  In 2004, Sean Goldman was abducted by his Brazilian mom, Bruna Bianchi, from her U.S. husband David. The case garnered national attention[4].  Ultimately, Secretary of State Hillary Clinton became involved in negotiations for the return of Sean Goldman[5]. Congressman Chris Smith (R-NJ) put financial pressure on Brazil through his efforts to stop aid to Brazil until Sean Goldman was returned[6].  After nearly six years, Sean Goldman returned home and in 2014, President Obama signed into law the Sean and David Goldman International Child Abduction Prevention and Return Act (P.L. 113-150).  The new law requires the U.S. Secretary of State to take action against countries like Guatemala that have a pattern of non-compliance, which can include the suspension of assistance and request for extradition of the parent who kidnapped the child.

The attorneys and staff of Rice Law, PLLC have provided pro bono assistance to Mr. Seagraves since 2012.  According to Mark Spencer Williams, the Managing Partner at Rice Law, “the U.S. has an extradition treaty with Guatemala that would extend to child kidnapping, but our local law enforcement has indicated that Guatemala is not likely to extradite Ivonne Seagraves back to the U.S. to face criminal prosecution.”  According to Williams, “it is especially frustrating that countries sign these agreements but then do not abide by them.”

To help Seagraves with some of the expenses associated with this, the Missing Children’s Defense Fund, a North Carolina non-profit 501(c)(3) will hold a charity golf tournament Saturday, 22 October 2016 at Echo Farms Golf & Country Club in Wilmington, North Carolina.

Many local businesses and individuals are working to support the effort to reunite Don Seagraves with his son Urijah.  Neuwirth Motors has donated a new Jeep as a hole-in-one prize, and Buffalo Wild Wings is providing food and prizes. Numerous other sponsors have come forward to help Seagraves.

“Our goal is to raise enough money that Mr. Seagraves can hire an attorney in Guatemala to help seek enforcement of the Hague Treaty and so he can travel to Guatemala for these hearings,” said Williams.

For more information or to register for the charity golf tournament, see http://www.planmygolfevent.com/29883-BringUrijahHome/index.html.  Supporters of Seagraves have also setup a GoFundme page at https://www.gofundme.com/bringbackurijah for donations. 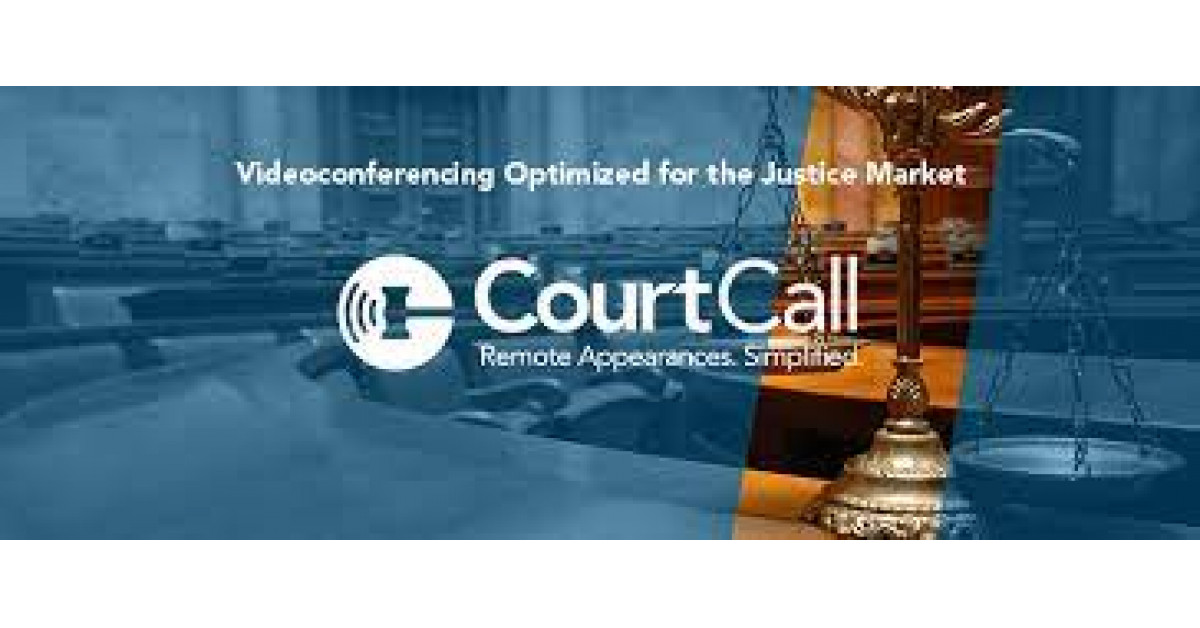 Frustration With Technology Should Not Limit Participation. CourtCall Has The Tools Unavailable… 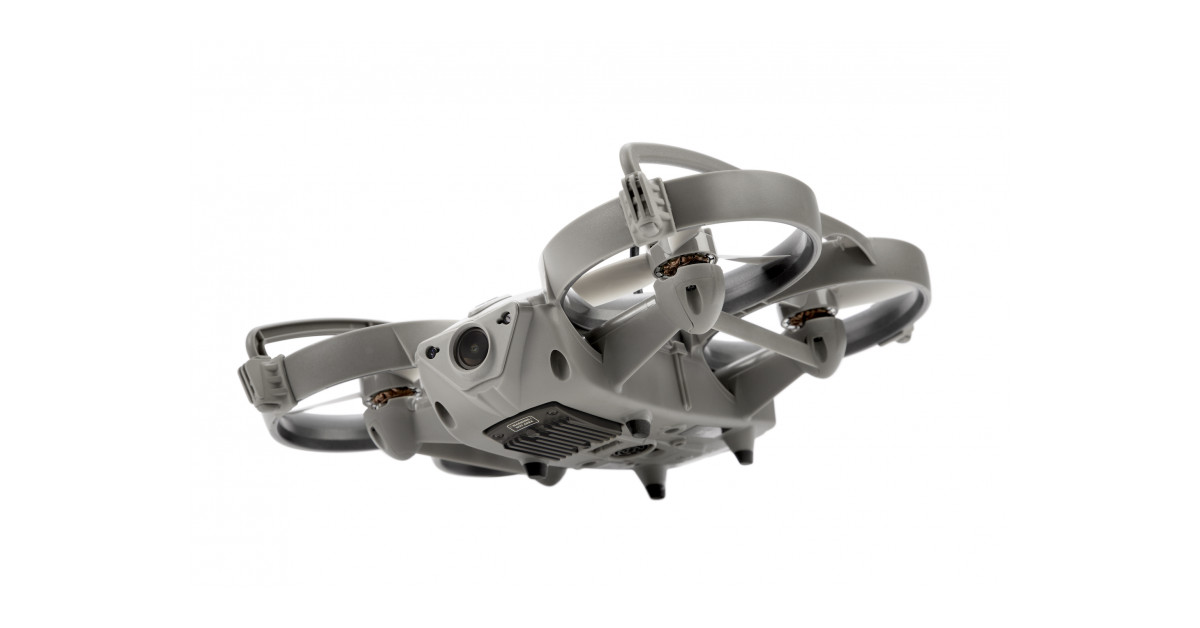 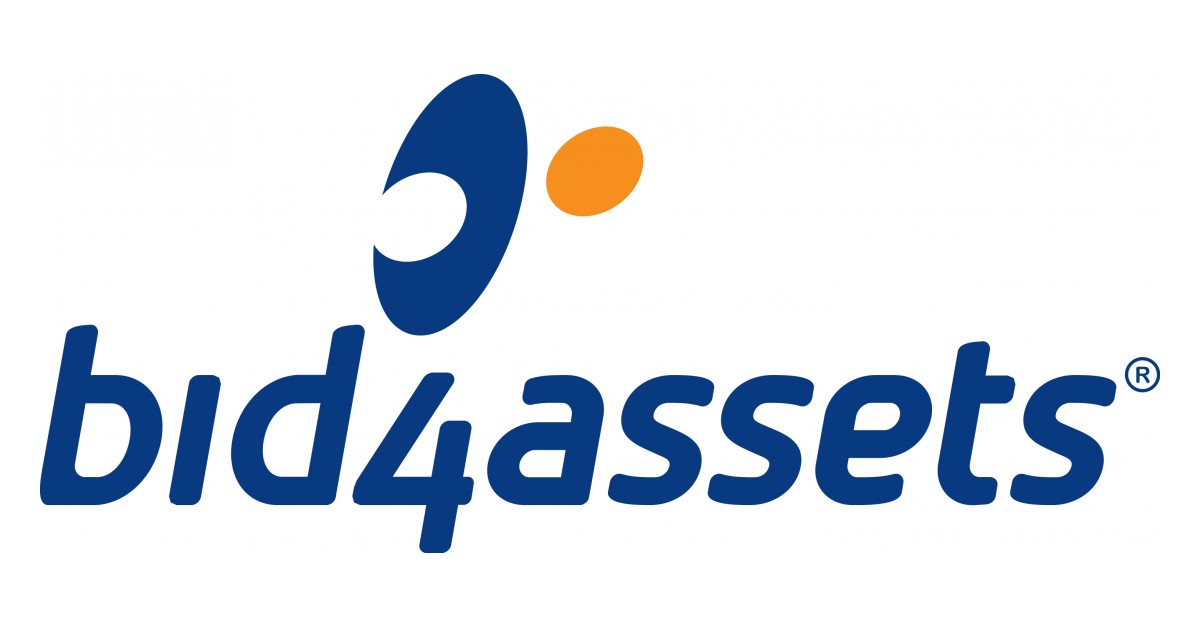 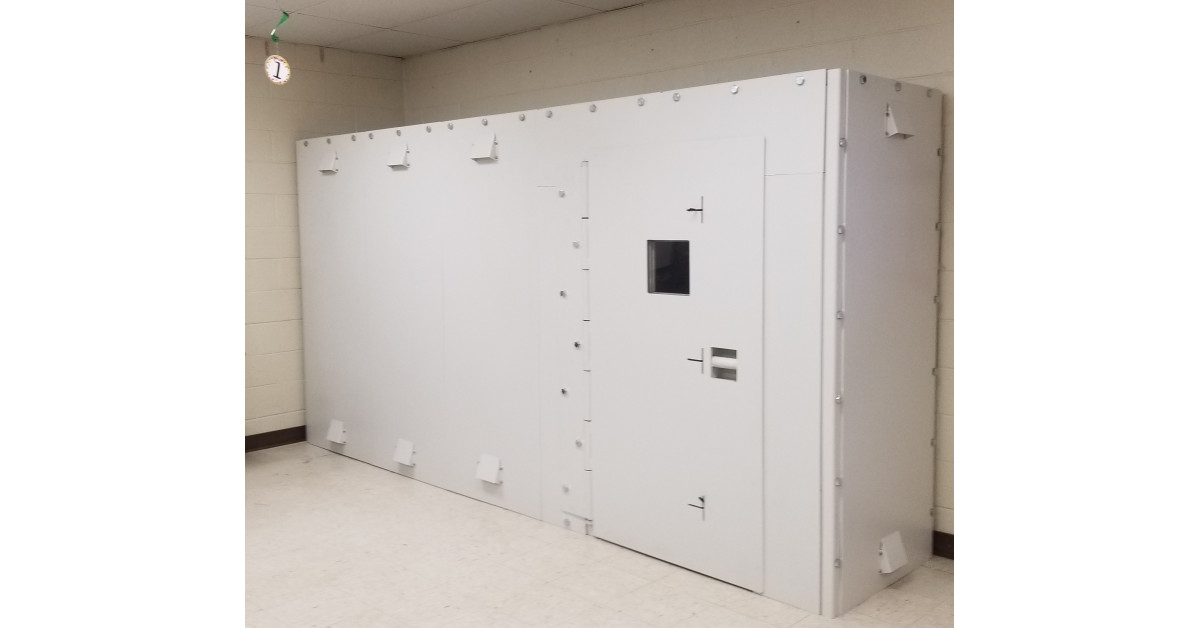 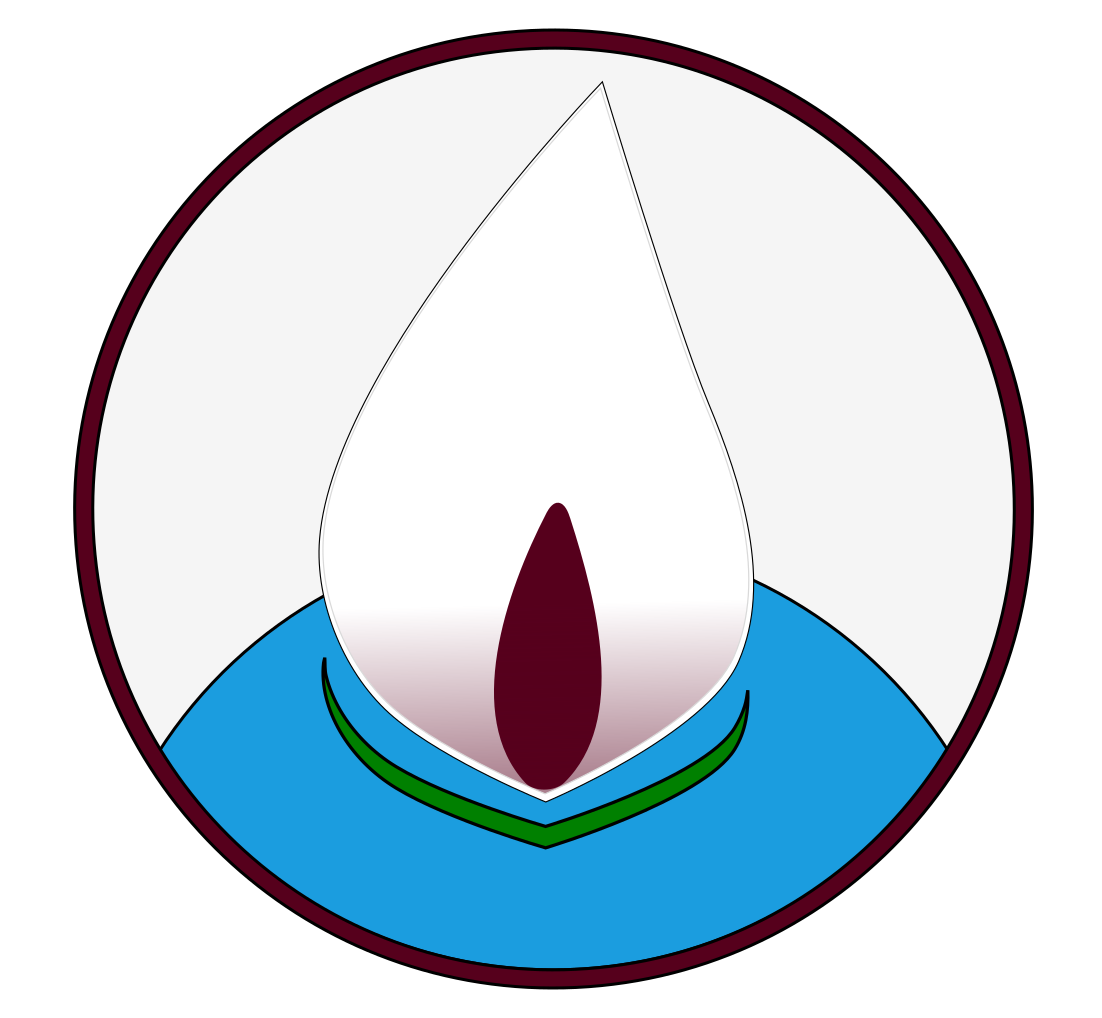 The launch of Arvigor Trading & Co. GmbH paves the way to…