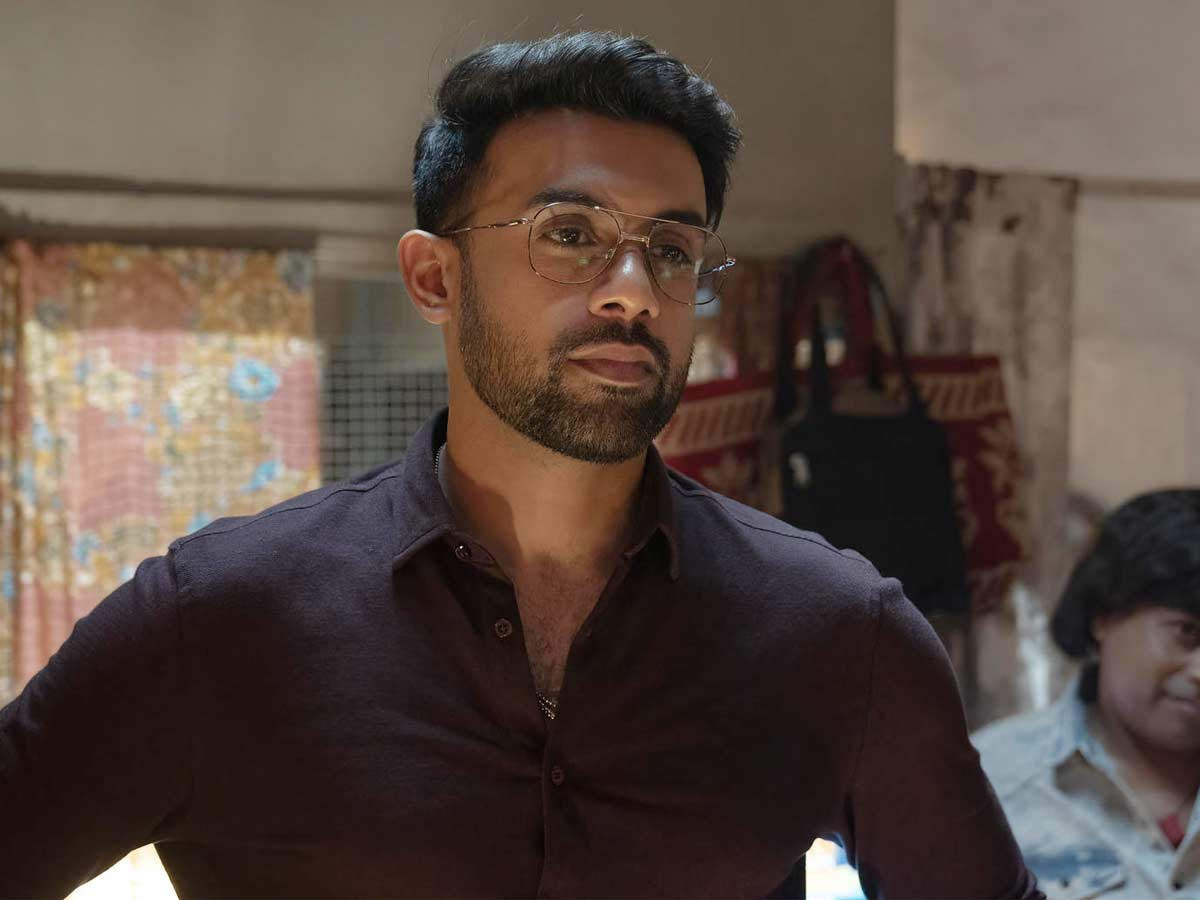 Hailing from the small town of Jalandhar, Vishwas Kini embarked on his acting career with his debut film Punjab 1984. Immediately after, the spotlight shone on him when the movie won a National Award for Best Regional Feature Film in 2014. The actor has once again come to the limelight essaying the role of Jason Fernandez, a stern police officer in the web series SHE. Filmfare sat down for an interview with the actor, where Kini discussed his experience shooting for SHE, how Sonam Kapoor Ahuja would encourage him on the sets of Veere Di Wedding, his journey as an actor and much more.

You Have Started Playing Really Complex Characters, Especially With She, How Has That Experience Been For You?

It’s been a learning experience. Every time I try to do a character, I end up learning something new about myself. As an actor, there are new areas to be explored and that is very rewarding.

You Got Your First Big Break With Veere Di Wedding, Tell Us About Your Experience Working With Kareena Kapoor Khan And Sonam Kapoor Ahuja?

It was a bit overwhelming initially in the first couple of days because I was very new on set, and everyone knew each other. But they were very cool, they did not take a lot of time to make me feel involved and soon I was one of them. They would come up to me and be like “don’t stress so much yaar take it easy.” Sonam once came and told me “Tu Sonam Kapoor ka boyfriend bana hai yaar, terko kis baat ka stress hai?” So, things like these made me feel that I was having fun. Sumeet and I gelled a lot on that set, he is still a very good friend.

The Second Season Of She Premiered Recently. What Do You Think Is The Biggest Compliment You Have Received Now That It Is Out?

Last week, Imtiaz Ali texted me and said, “You have shone as Fernandez. It took a while for the mechanism to adjust and project your strength correctly’ which was, I feel like coming from him was a big compliment. Also, my mother really liked it, she initially said, “Yeh toh tumhare jaisa lag hi nahi raha hai”, so that was a very big compliment for me. The public really likes it. The general response of the audience is that there is a slight difference in how I played Fernandez in the second season as compared to the first one. I was much more comfortable with him this time and I also came in relaxed. I was a bit more comfortable with the general aspects, so I had the courage to go deeper. So that is something that the audience noticed. Like the kind of fan response that I am getting, people really like how human he is in this season.

What Part Of Jason’s Character Do You Think Was Most Difficult To Pull Off Onscreen?

He is constantly thinking, conspiring. In the evening when you have to play Jason with this immense mental energy where he is constantly trying to figure things out and his mind is not resting at all, that sometimes becomes very challenging. Especially after these lockdowns, I have sort of become relaxed in life. I take work when it comes, and I don’t overthink things but at the same time when you are playing Fernandez, he is always on his toes. This time the obsession had to be really on point. Getting this whole part of Fernandez right was my main mission as an actor and that is what the most difficult part was.

Could You Shed Light On Your Journey As An Actor?

In 2009, I was at home in Jalandhar, watching a film late at night called Michael Clayton. I used to love watching films, I was not inclined towards Bollywood, but watching the movie I thought to myself that I could do the same work, it seemed very interesting to me. The last scene in that film is when he sits in a taxi, gives the taxi driver 50 dollars, and says, “Give me a ride worth 50 dollars” and then the end credits roll in. He is just sitting in the car but there is so much going on in his mind and somehow, I still remember that is the first time I ever thought that this looks like a profession I want to do. Then I was in my second year of college. I was very confused as to what I should pick up, and where should my life go. I always knew that I wanted to do something of my own, I didn’t want a regular job and I was clear about that. But like every college student I was confused. Then I came to Bombay to do theatre, and after that, I did a few ads. In 2014, I did my first film Punjab 1984 and it was a very interesting experience. It was a very subject-driven movie, I really enjoyed it and got hooked on it. This is a profession you get hooked on to.

Which Are Your Favourites On Ott? What Are You Currently Watching?

What Are Some Of Your Favourite Thrillers?

I really love Se7en and Mindhunter. David Fincher is my all-time favourite director and mostly all his films are my favourite. I love Zodiac, and Se7en. Then I really love True Detective, The Silence of the Lambs. My sister is also a big thriller watcher, so we are always sending each other names of the new thrillers that are coming up. And then we sit and watch them together.

How Do You Select Your Movies Or Series From The Scripts That You Receive?

I select them like I select friends. You meet someone and you don’t know you’re going to be friends with them but after some random conversation and a couple of days later you realise that you are friends. Similarly, when I get something to read or a part to test for, I just read it and there is something in me that feels like I just know this person. I just let the whole script and the character I play really speak to me. It is completely based on gut feeling.

Are There Directors You Are Looking Forward To Working With?

I love Zoya Akhtar’s work, I really like the kind of filmmaker she is. Anurag sir is another favourite. Anubhav Sinha, Shoojit Sircar. I love their films. One lifetime is not enough to work with all the great directors we have but these are some of my favourites.

How Was The Experience Working With Aditi Pohankar Who Has With Time Also Become A Great Friend?

There is a very deep trust and understanding that you develop with your co-actor. It is very important while you are doing scenes. For me to play the mentor, there can’t be just lines, there must be a sort of trust even when she is fighting with me. She should be fighting with me like she is family and for that to be honest on screen, there must be love and respect on screen. I try to develop that with all my co-actors. For example, with Out of Love, I developed such a nice relationship with Rasika. She is slightly senior and comes with a lot of experience and I learned a lot from her. Both me and Aditi were very nervous in the first season, it was all very new for us. We were comparatively new but roaring to go, full of energy and full of ambition. So, we really connected on these terms. We really wanted each other to do well. So that is how we developed a nice relationship.

ReportWireJuly 29, 2022
Manage Cookie Consent
To provide the best experiences, we use technologies like cookies to store and/or access device information. Consenting to these technologies will allow us to process data such as browsing behavior or unique IDs on this site. Not consenting or withdrawing consent, may adversely affect certain features and functions.
Manage options Manage services Manage vendors Read more about these purposes
View preferences
{title} {title} {title}
%d bloggers like this: