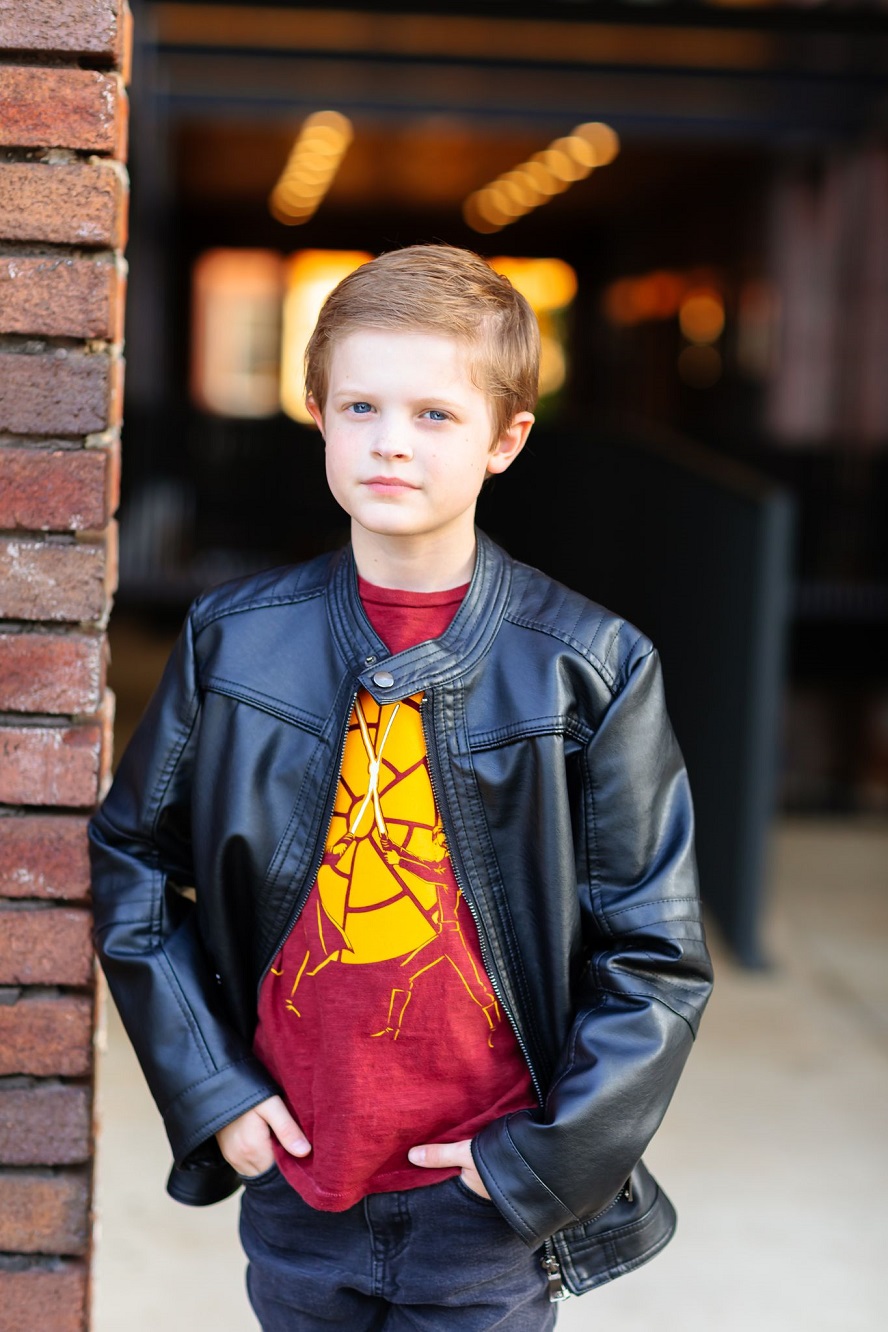 Grant Feely was born in Brunswick, GA, and lives in Birmingham, AL, with his parents and two older brothers. He enjoys acting, writing, reading, cooking and traveling and his favorite television shows include “Stranger Things,” “Cobra Kai” and “Raising Dion.” Grant hopes to continue his acting career and write and direct productions of his own in the future.

Now Grant is portraying young “Luke Skywalker” in the Disney+ series “Obi Wan Kenobi.” The young up-and-comer decided to pursue acting when he was seven years old after watching “Stranger Things Behind the Scenes.” He has since starred in a music video and appeared in such shows as “Creepshow” and “Echoes.” We got the chance to talk to the up and comer about playing one of the greatest sci-fi heroes in history;

Welcome to OLC! Grant it’s an absolute pleasure to have you here. How does it feel to be playing one of the greatest heroes in sci-fi cinematic history Luke Skywalker?

I realize how lucky I am to have had this opportunity. It has been very surreal honestly.

So tell me a bit about the show and about your character and your part in the show?

The show is about Obi-Wan Kenobi and his time in exile after Order 66. He is watching over young Luke Skywalker and has a few adventures during that time. Luke Skywalker is a young Jedi living with his Uncle and Aunt in Tattoine. He is just a regular kid at the time and has no idea he is a big deal.

Tell me about the auditioning process and how you got the opportunity to audition for a role in “Obi-Wan Kenobi”?

In April of last year, I auditioned for the role of “boy” in an untitled Disney+ series. The next week I had an hour-long zoom callback with the casting director, Carmen Cuba. I had a second zoom with Carmen Cuba the day after that, then they asked for tapes of every audition I had ever done. I had a zoom with Deborah Chow in mid-June then was flown to LA for an in-person audition with her a week or so later. I was finally offered the role in early July. It was all very secretive and I didn’t know for certain that the role was young Luke until July when I had the zoom call with Deb offering me the role.

You have received wishes from Mr. Luke Skywalker himself Mark Hamill via his Twitter, that must be pretty cool to be recognized by him?

To have Mark Hamill’s support was amazing. It was very nice of him to reach out to give me support. It really gave me confidence.

How much preparation did you put into the role?

Deborah Chow asked me to not watch any of the movies or prepare in any way. She didn’t want me imitating the older Luke. She just wanted me to be me.

Are you a huge fan of the Star Wars movies and have you seen them all?

I had only seen the Mandalorian before I filmed. Now I’m a big fan and have seen all the movies!

So I believe you started acting after watching “Stranger Things Behind The Scenes”? What was it about that, which inspired you towards acting?

It showed me how a film set worked and I really wanted to be a part of that- not just the acting but also screenwriting and directing. All of it was (and still is) so interesting to me.

You’re also hoping to write and direct films in the future, have you written or come up with any cool movie ideas you’d love to make?

My ideas are mostly Sci-fi related and inspired by books and movies I have read or seen. I have one idea that takes place in a post-apocalyptic time with the main characters fighting off zombies.

I also think it would be cool to make a movie from the book “The House in the Cerulean Sea” by TJ Klune. I would make a perfect Lucy in that movie by the way. 🙂

What is it about those aspects of film you like, that makes you want to explore it further?

I just really enjoy writing and telling stories. I like the idea of creating worlds and characters that are entertaining to other people.

Do you have any upcoming TV or Film roles you can tell us about?

I am currently filming a tv show called Panhandle that will stream on Roku.

Thanks for stopping by Grant but before you go is there anything you’d like to say to all our followers out there in OLC! Land?

Thanks for having me. I hope everyone watches and loves Obi-Wan Kenobi (especially episode 6)!