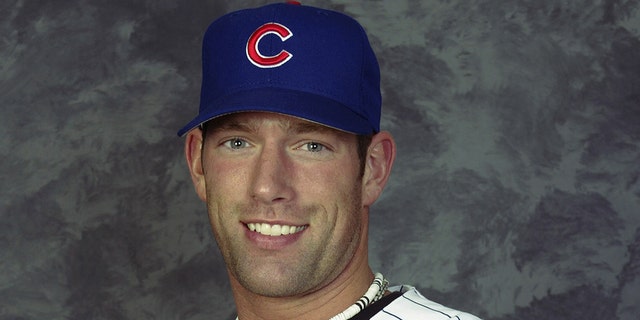 Kyle Farnsworth could have always struck anyone out during his MLB career, and now he could strike people out and take their lunch money.

Farnsworth was a longtime relief pitcher who played in the majors from 1999 to 2014. He played for the Chicago Cubs, New York Yankees and Detroit Tigers among other teams during that span. Since then, he’s been hitting the gym hard.

Kyle Farnsworth of the Chicago Cubs poses for a portrait during the Cubs’ spring training Media Day on February 21, 2003 at Fitch Park in Mesa, Arizona.
(Jeff Gross/Getty Images)

The 46-year-old showed off his incredibly ripped physique in a photo posted to Twitter on Tuesday.

“Very rare gym bathroom selfie. 4 days out to my first body building competition. Classic Physique. These past few days have been fun with no carbs!” he wrote on the social media network.

RANGERS’ JON GRAY ALWAYS DOWN TO TALK ABOUT THE ‘UNEXPLAINED’: ‘I’M YOUR GUY’

Kyle Farnsworth #48 of the New York Yankees pitches against the Chicago White Sox on July 31, 2007 at Yankee Stadium in the Bronx borough of New York, New York.
(Jim McIsaac/Getty Images)

Farnsworth posted a photo on his Instagram last month, revealing he was getting ready for a bodybuilding competition in Orlando. The former pitcher has clearly put in the work and absolutely transformed his physique.

“Very excited to be apart of the Sheri Classic and to see what I can do. I will be competing in the novice Classic Physique class. I have always wanted to do one and it’s never to old to start. When you are a competitor you have to find things to compete in,” he wrote in the post. “It’s grind time now.”

Farnsworth was a reliable reliever for the most part of his career.

Kyle Farnsworth #44 of the Detroit Tigers pitches against the Washington Nationals during a spring training game March 7, 2005 at Marchant Stadium in Lakeland, Florida.
(Rick Stewart/Getty Images)