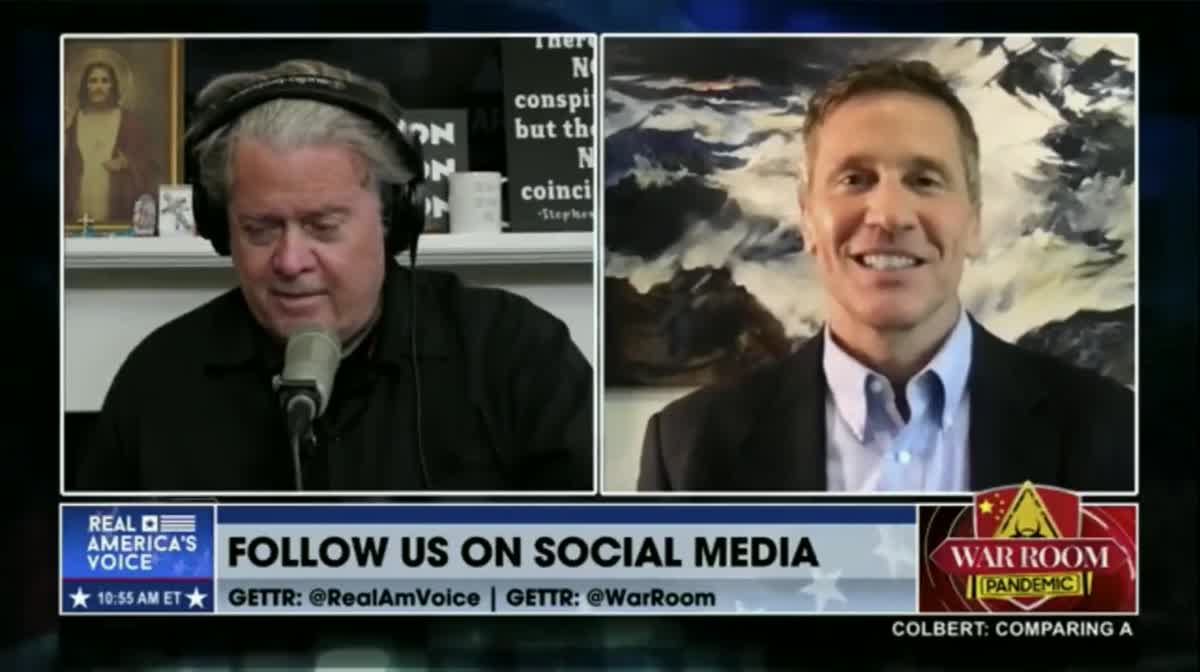 On his Tuesday War Room: Pandemic broadcast, Bannon pointed out that 5 million people had watched the advertisement where Greitens and a SWAT-style team storm a home looking for “Republicans in name only” or RINOs.

“There’s one thing about being provocative, there’s another thing about crossing a line,” Bannon told the candidate. “Do you believe in hindsight now that it’s out, you’ve seen all the controversy, but you’ve also seen the traffic I’m sure it’s driven to your campaign site, when you balance provocative versus maybe I crossed a line here, where does Eric Greitens come out?”

“Every real American understands what a metaphor is,” he insisted. “And they also watched this faux outrage from these snowflakes all over Missouri and all over the United States of America and it’s one of the reasons why we’re seeing tremendous support for this campaign.”