Will Twitter’s new boss be the same as the old boss?

Elon Musk has finally spoken about whether he should remain Twitter’s C.E.O. after he polled users earlier this week about the matter. He says he will resign — a majority of respondents to his poll said that he should — but whether he will, or will meaningfully give up power if he does, remain open questions.

And what Mr. Musk ultimately does will resonate beyond Twitter. Investors in Tesla, which he also runs, have grown increasingly agitated about the carmaker’s slumping stock price as he spends more time at the social network.

“I will resign as C.E.O. as soon as I find someone foolish enough to take the job!” That was Mr. Musk’s tweet on Tuesday, a day after the poll closed. In some ways, that conclusion wasn’t surprising — he has said before that he doesn’t plan to run Twitter forever (and that he doesn’t like being chief executive of any company, for that matter) — but CNBC reports that Musk was looking for a C.E.O. before he put up the poll.

That said, it isn’t clear how much power the new chief would have:

Tesla investors are anxiously awaiting Mr. Musk’s next steps. The carmaker’s market valuation has now fallen below ExxonMobil’s for the first time in two years. Some Tesla shareholders blame Mr. Musk for being too distracted by Twitter to focus on their company’s challenges, including growing competition and weakening demand for its cars. (Musk himself blames macroeconomic troubles beyond his control.)

House lawmakers disclose an I.R.S. failure to audit Donald Trump. The House Ways and Means Committee revealed that the agency didn’t follow its own policies for sitting presidents in not auditing Mr. Trump’s finances during his first two years in office. The committee also voted to release six years of Mr. Trump’s tax returns.

President Volodymyr Zelensky of Ukraine is visiting Washington on Wednesday. In his first trip out of his country since Russia’s invasion, Mr. Zelensky will meet President Biden at the White House and then address a joint session of Congress. His trip comes as U.S. lawmakers weigh sending nearly $50 billion in additional aid to Ukraine’s military.

What to Know About the Collapse of FTX

What is FTX? FTX is a now bankrupt company that was one of the world’s largest cryptocurrency exchanges. It enabled customers to trade digital currencies for other digital currencies or traditional money; it also had a native cryptocurrency known as FTT. The company, based in the Bahamas, built its business on risky trading options that are not legal in the United States.

Who is Sam Bankman-Fried? He is the 30-year-old founder of FTX and the former chief executive of FTX. Once a golden boy of the crypto industry, he was a major donor to the Democratic Party and known for his commitment to effective altruism, a charitable movement that urges adherents to give away their wealth in efficient and logical ways.

How did FTX’s troubles begin? Last year, Changpeng Zhao, the chief executive of Binance, the world’s largest crypto exchange, sold the stake he held in FTX back to Mr. Bankman-Fried, receiving a number of FTT tokens in exchange. In November, Mr. Zhao said he would sell the tokens and expressed concerns about FTX’s financial stability. The move, which drove down the price of FTT, spooked investors.

What led to FTX’s collapse? Mr. Zhao’s announcement drove down the price and spooked investors. Traders rushed to withdraw from FTX, causing the company to have a $8 billion shortfall. Binance, FTX’s main rival, offered a loan to save the company but later pulled out, forcing FTX to file for bankruptcy on Nov. 11.

Why was Mr. Bankman-Fried arrested? FTX’s collapse kicked off investigations by the Justice Department and the Securities and Exchange Commission focused on whether FTX improperly used customer funds to prop up Alameda Research, a crypto trading platform that Mr. Bankman-Fried had helped start. On Dec. 12, Mr. Bankman-Fried was arrested in the Bahamas for lying to investors and committing fraud. The day after, the S.E.C. also filed civil fraud charges.

The European Union will intensify its inquiry into Broadcom’s deal for VMware. The opening of a formal investigation into the $61 billion takeover comes after E.U. antitrust regulators expressed concern about reduced competition in computer hardware. It’s the latest sign of a tougher regulatory landscape for deal-making worldwide.

Wells Fargo will pay $3.7 billion to settle consumer banking violations. The payout, including $1.7 billion in penalties, will put an end to an investigation by the Consumer Finance Protection Bureau into an array of alleged failures. It’s the largest fine ever collected by the C.F.P.B., surpassing the $1 billion assessed in 2017 against … Wells Fargo.

A financier will buy control of the Phoenix Suns. Mat Ishbia, C.E.O. of United Wholesale Mortgage, will lead a $4 billion takeover of the N.B.A. team and of the W.N.B.A.’s Phoenix Mercury, after their current owner put the franchises up for sale. Elsewhere, an investment firm backed by the hedge fund mogul Jamie Dinan will buy Olympique Lyonnais, a French soccer club.

Questions swirl about Bankman-Fried’s future on eve of U.S. return

Sam Bankman-Fried, founder of the bankrupt crypto exchange FTX, is expected to fly back to the United States on Wednesday to face federal charges in Manhattan that he defrauded investors out of billions, evaded taxes and violated campaign finance rules in donating millions to politicians.

Mr. Bankman-Fried, 30, is expected to seek a deal with prosecutors to be released on bail before his trial — essentially trading his current Bahamian jail stay for house arrest.

FTX’s new management wants to claw back Mr. Bankman-Fried’s political donations in an effort to repay debts. The top 50 creditors alone are owed more than $3 billion after the company racked up losses in excess of $8 billion. (DealBook has previously explained why recouping money for defrauded investors in FTX will be difficult.)

Bankruptcy creditors won’t get a say over Mr. Bankman-Fried’s legal defense fund. Former federal prosecutors told DealBook that creditors cannot argue that he or his family are essentially using ill-gotten gains to fight his costly legal battles. In a criminal case, only prosecutors can object to legal payments and only if they believe that money tied to the alleged crimes is financing the defense. That’s a hard point to argue: Judges tend not to rule against the defendant on matters involving defense funds, according to legal experts.

Whether Mr. Bankman-Fried will ultimately be able to afford his lawyers is another question. Experts estimate that defending him will cost millions of dollars and could drag on for years.

Here’s what else is happening in crypto:

“Everyone was asking: ‘Can we really not even afford to have even Christmas lights anymore?’”

— Roland Kosa, who runs a film company in the Hungarian city of Gyor, on the unpopular decision to cut back on festive lighting this season. Hungary and much of Europe continues to struggle with soaring energy prices after Russia’s invasion of Ukraine.

European stocks and U.S. futures are rebounding this morning — but it’s another story altogether in the bond market. Investors are selling U.S. Treasury bills and German bonds, known as bunds, while, for a second straight day, the yield on the two-year Japanese treasury note hovered just above zero. All of this has prompted some market watchers to say goodbye to the negative rates era.

The Bank of Japan prompted a global sell-off in sovereign debt. On its face, the B.O.J.’s decision on Tuesday to relax its bond-yield policy seemed small. It will allow its treasury yield to fluctuate by 0.5 percent rather than 0.25 percent. But that signaled to the market that Japan’s central bankers would join their global peers in raising interest rates.

The effect: For the first time since 2015, all Japanese government-issued bonds have been trading mostly above zero during the past 24 hours.

Japan is an outlier among the world’s biggest economies. With inflation at 3.6 percent, well below its largest trading partners, its short-term interest rate has remained at negative 0.1 percent. Looking for a decent return on their investment portfolios, Japanese investors have instead “hoarded their cash offshore,” George Saravelos, head of FX research at Deutsche Bank, said in an investor note this morning.

Saravelos estimates that Japanese investors, having accumulated $100 billion in U.S. dollar-denominated assets in the past 12 months alone, will now shift their focus to buying more Japanese bonds and yen, dumping their foreign holdings.

Elsewhere in the markets:

Best of the rest

We’d like your feedback! Please email thoughts and suggestions to [email protected]. As major conglomerates are gradually penetrating the diagnostics market, dominant players such… 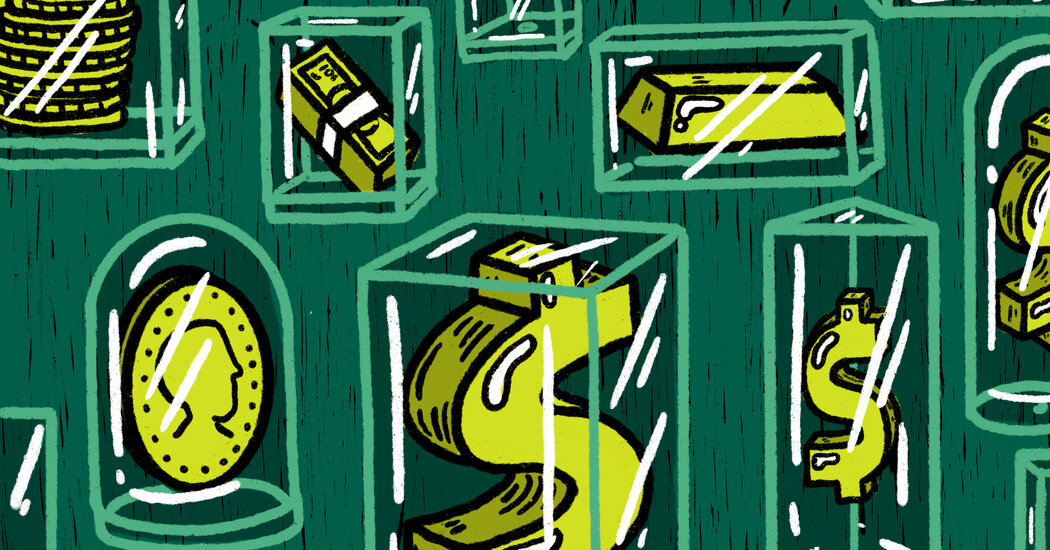 This month, laws went into effect in California and Washington State that… VIP Industries had quite a tumultuous period during the COVID-induced lockdown. However,…