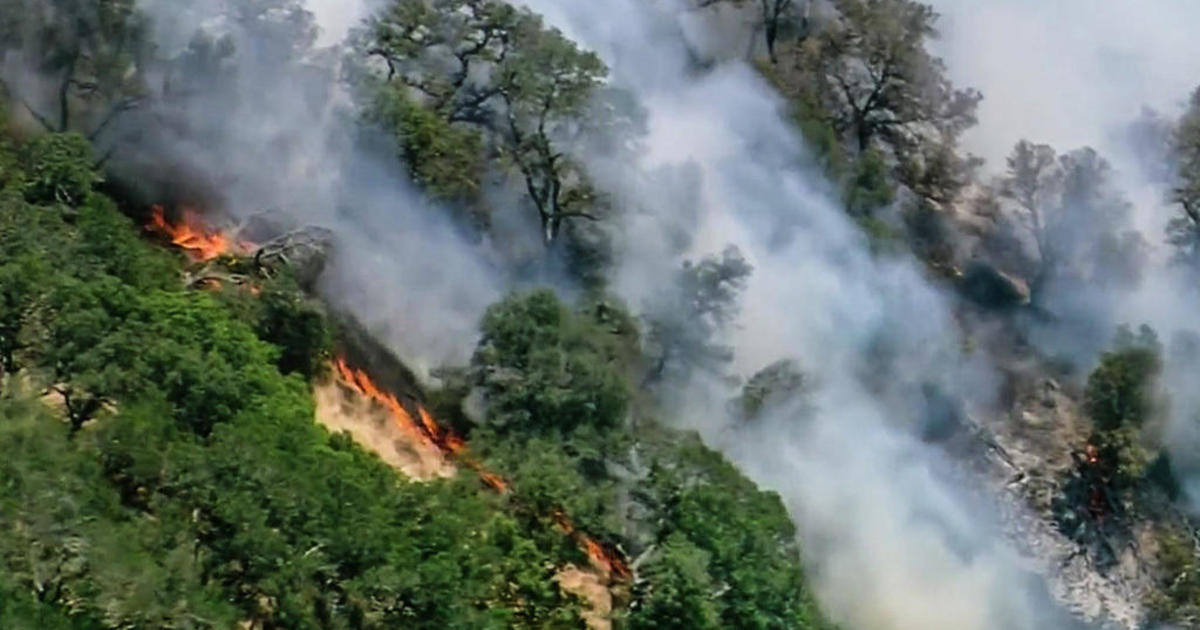 PLEASANTON — Fire crews in Pleasanton stopped forward progress of a wildfire in the hills above Pleasanton Thursday but evacuation orders remained in place.

The Canyon Fire was burning along the Pleasanton Ridge west of Foothill Road/Bernal Ave. and Interstate Highway 680. Fire dispatchers said the original location was above the 4900 block of River Rock Hill Road.

The Alameda County Fire Department said as of 4:30 p.m. forward progress of the fire had been stopped. As of 7 p.m., about 71 acres had burned.

Two firefighters — one from Livermore/Pleasanton and one from Fremont — suffered injuries. The Fremont firefighter was struck by a falling tree after a water drop and has been released from the hospital, according to the Fremont Fire Dept.

The Alameda County Fire Department issued evacuation orders for homes in the Kilkare Road area in Sunol, the Golden Eagle Estates neighborhood in Pleasanton and the area around Augustin Bernal Community Park.

Residents in the Kilkare Road area of Sunol were ordered to evacuate south on Kilkare to Niles Canyon Road.

A designated shelter for evacuees was the Pleasanton Library at 400 Old Bernal Ave.

An evacuation warning was also issued to the Castlewood neighborhood and the upper Augustin Bernal Park/Sinbad Creek area.

This is a breaking news update. More information to be added as available.