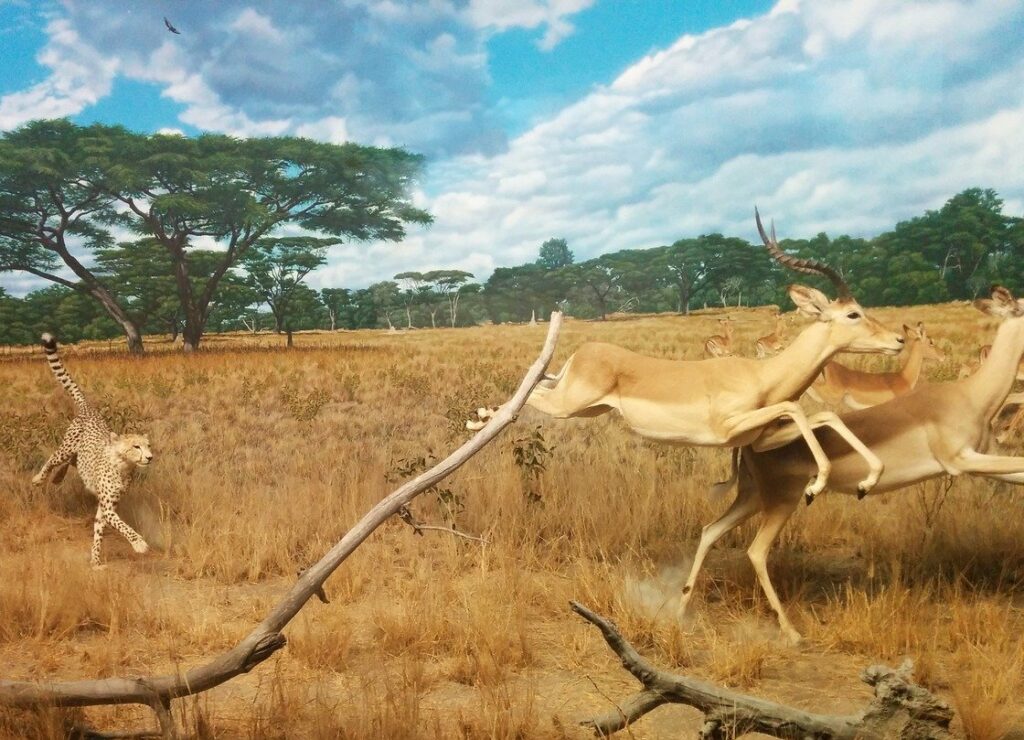 BOTSWANA – Marvin Shuttleworth, a three-year-old gazelle who proudly describes himself as a centrist, paused while being pursued by a cheetah in order to consider the predator’s point of view.

Shuttleworth had recently become leader of his herd following the death of his father, who’d had his major muscles and innards feasted upon by a family of cheetahs, his remains picked clean by scavengers and flies.

After a few weeks of the herd alternately grazing and bolting from predators, Shuttleworth made the unorthodox move to approach a cheetah who’d been stalking them. “I don’t subscribe to the ‘orange cat bad’ mentality,” Shuttleworth explained to his herd-mates as he set out. “If you keep your heart open, you can connect with anyone, including those actively trying to kill and consume you.”

Shuttleworth approached the cheetah, saying “Hi there! Who’s a nice kitty? You are. Let me introduce myself. I’m gaaak!!” as the cheetah threw him to the ground and pierced his long neck with her fangs.

“Our species may have our differences, but we have plenty in common,” Shuttleworth said as the cheetah held him with her razor-sharp claws, making his stomach available to her eight-month old cubs, who leapt in, taking ravenous chomps. “If you make the effort to understand the life experiences of cheetahs,” Shuttleworth observed, “you can see why… uh… oh boy… I’m losing a lotta blood…”

“Marvin’s nuts,” said Irene Abrams, a two-year-old herd-mate of Shuttleworth’s, as she boinged across the veldt. “Just before this he was trying to get us to hold back from grazing and consider the property rights of whoever owns the grass.”

As the family of cheetahs ripped out Shuttleworth’s intestines and vultures circled overhead, he remained optimistic. “Negotiations might have gotten off to a rocky start, but I’m sure we can reach a compromise that satisfies all parties, like leaving my hind legs intact.”