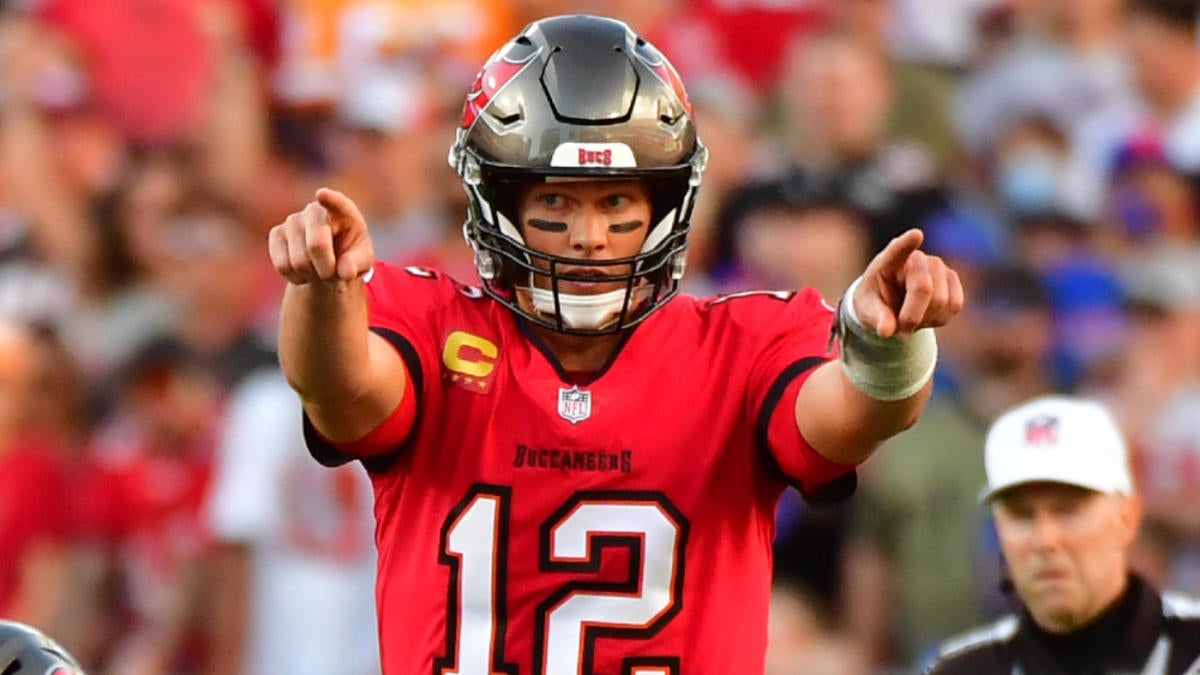 This NFL offseason was chock-full of lucrative deals. Aaron Rodgers got big money to stay in Green Bay. Aaron Donald reset the market for defensive players to stay in Los Angeles. Derek Carr got a rich new contract to stay in Las Vegas, while Davante Adams got his own extension by relocating to play with Carr. The Rams rewarded Matthew Stafford. The Dolphins paid up for Tyreek Hill. And on and on, with millions and millions doled out to some of football’s flashiest names.

But not every superstar is topping the financial charts. Here’s a look at some of the best bargains at select premium positions — quarterback, wide receiver, pass rusher and cornerback — for the 2022 season:

No, Brady is not on a rookie-level deal, but 16 other QBs will earn more than him in 2022. Considering he may well be the best signal-caller in the <em>entire game</em>, even going on 45, that’s a criminally team-friendly number for the Buccaneers. Sure, Brady controls his future as a pending 2023 free agent, but his discounted rate enables Tampa Bay to give him a championship-caliber supporting cast. His actual value is darn near priceless.

The power of the rookie deal. Burrow has ascended from unfazed rookie to MVP candidate in just two seasons, and his light salary has allowed Cincinnati to invest in veteran help in search of a title, such as up front along the offensive line. No one would be surprised if he clears at least $45-50M per year on an extension once the Bengals are eligible to lock him up long-term.

He and Burrow are equally promising AFC studs, and so it’s fitting they fall in this category together. It’s only a matter of time until Herbert and his laser arm are gifted record money, but for the time being, Los Angeles has allocated its excess cash to an increasingly formidable supporting cast. His modest contract helped pay for big-ticket additions like J.C. Jackson this offseason.

You can see now why his contract may be partly fueling a trade request. The top of the market may be inflated, but in light of it, Samuel is already worth at least 10 times his average annual salary. Although he’s only had one year with truly gaudy numbers, his impact as an all-purpose weapon for San Francisco’s offense has been apparent since he arrived.

Just two years into his career, Jefferson is already one of the top receivers in football, so of course he’s a steal on his rookie deal. If guys like D.J. Moore and Mike Williams are cashing in for $20M per year, you can only imagine the Vikings’ electric play-maker will eventually command much closer to Tyreek Hill’s record-setting $30M annual figure.

Once again, we have financial proof of a player’s holdout. Metcalf might be just as imposing as a decoy than a go-to target (and that’s not a slight on his production), but regardless, his physical upside and proven development warrants a major raise.

The former Steelers standout has been an afterthought in a frenetic WR market the last two years, and it’s probably true he’s more of a steady option than spectacular one. But man oh man could Kansas City get bang for its buck with the still-young target machine teaming up with Patrick Mahomes in Andy Reid’s offense.

Like Smith-Schuster, Crowder is more of a safety valve than a pure play-maker, and he’s also struggled to stay healthy in recent years. But paired with Stefon Diggs and Gabriel Davis on a Bills team starring Josh Allen at QB? He’s got a real chance to settle in and surprise people as a high-volume slot outlet, all for essentially pocket change.

The former Ravens star isn’t necessarily “cheap,” but he’s outperforming his own big deal. Consider that 25 other pass rushers, including Bud Dupree, Frank Clark and John Franklin-Myers, make more than him on a per-year basis; and yet Judon still appears to be entering his prime approaching 30. In his last three seasons, he’s combined for 28 sacks, 39 tackles for loss and 79 QB hits.

Even with a pricier fifth-year option ($17.9M) on the way in 2023, Bosa is a prime candidate for a mega-extension in line with the record deal T.J. Watt got from the Steelers. Injuries have failed to erase his impact on San Francisco’s title-contending front, and he’s certainly in Watt’s class as one of the NFL’s best young relentless edge rushers.

Like Bosa, he’s got the fifth-year option ($10.8M) to look forward to, but he’s likely also got a long-term payday on the horizon. With Za’Darius Smith fully out of the picture in Green Bay, he’s got a chance to take an even bigger leap as the Packers’ top outside linebacker, coming off a third-year breakout that saw him log 28 QB hits.

The Panthers just lost Haason Reddick to a lucrative free-agent deal, and Burns might be an even better all-around player off the edge. At 24, he’s gotten better every year in the NFL, and he enters 2022 looking to log a third straight season with at least nine sacks. Whether or not Carolina proves to be his long-term home, he’ll eventually cash in.

Gilmore wasn’t quite an elite cover man for the extent of his Panthers reunion in 2021, but the former Bills and Patriots star remains a low-risk, high-reward bet for a Colts defense ready to contend. As a short-term starter, you can do a lot worse. Shaquill Griffin, William Jackson III, Ronald Darby and Adoree’ Jackson will all make more in 2022.

A whopping 30 corners average more per year than Bradberry, a one-year flyer coming from the rival Giants. Even if he hits his $2.5M in incentives, he’ll be a reasonable gamble as a former Pro Bowler to plug in opposite Darius Slay.

Yes, he’s a slot specialist rather than a shutdown starter on the outside, but everywhere Hilton goes, he finds the ball. It was his deal in Pittsburgh, and it remained his deal in Cincy in 2021. Thirty-five other corners average more per year.

He might not be Pro Bowl material, but he’s certainly starting material, and moving over from Buffalo, he’ll be surrounded by a rock-solid supporting cast in Pittsburgh. Forty-seven other CBs make more per year.