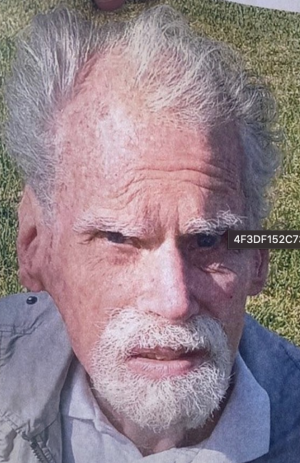 The Anaheim Police Department is searching for a U-Haul that was stolen Wednesday afternoon with a 63-year-old man with autism inside.

The rented U-Haul was stolen around 2:20 p.m. on the 3100 block of West Lincoln Avenue, according to police.

The renter told police that the vehicle was stolen while a 63-year-old man was inside. The man, identified as James Blackwood, has autism and has the mental age of about a 4 years old, the Police Department said.

Blackwood is 6 feet 3 inches and weighs about 170 pounds. He has gray hair and blue eyes and was last seen wearing long-sleeved tan shirt and blue jeans.

The stolen 2011 GMC box truck has been entered into the stolen vehicle system and law enforcement is in the process of issuing a Silver Alert.

The U-Haul’s plate is listed as AE23468Z from Arizona, police said.

The Anaheim Police Department is leading the investigation and urges anyone who may have seen Blackwood or the stolen U-Haul to call 911 immediately.