Adele and the Wine Factory: “I Drink Wine” Video Refreshes the Public’s Memory of There Being a Bigger Wine Enthusiast in the Music Business Than Taylor Swift

Every time you think Adele might have disappeared yet again for good (Greta Garbo-style), she’s known to randomly reemerge and remind fans that she’s not totally out of album promotion mode. Even if she did just say she’s “taking a break” from music soon to pursue an English literature degree. Maybe she’d be taking that break even sooner were it not for that damned Vegas residency she committed to. And since she backed out of said residency for a spell before reinstating the dates for commencement this fall (starting from November 18th to March 25th at Caesar’s Palace), perhaps she wanted to serve up her booziest track from 30, “I Drink Wine,” in time to mark the occasion.

A single that possibly seeks to remind Taylor Swift, who constantly mentions drinking wine in her own songs, that Adele is a British dame who could drink Tay’s country ass under the table. And she has her own wine river to prove it. Or at least, one wants to believe it’s a river filled with wine, the same way viewers likely wanted believe it was actually chocolate in that river at Charlie’s factory (spoiler alert: it was just “stinky water,” “disgusting stuff that had been sitting there for three weeks”).

Nonetheless, thanks to the “magic of Hollywood” a.k.a. director Joe Talbot, we can make believe with Adele all we want to as she sloshes down the river atop a red inner tube, of sorts, whilst wearing a sequined gold evening gown (her running aesthetic for the 30 era)—by Valentino, no less. For, just because you like to get drunk, doesn’t mean you can’t keep it classy. That is, if you’re rich enough to make it come across that way. And, obviously, Adele is. But that doesn’t mean she doesn’t have her fair share of heartbreak to continue singing about with the misleadingly-titled 30 (for she was thirty-three when she released it), her “divorce album.”

“I Drink Wine” visualizes those heartbreaks like something of a trip down memory lane by glimpsing into the lives of others as she floats along the river (of life) and encounters various characters sitting on the bank, including a couple chatting happily as Adele looks at them somewhat resentfully and sings, “How can we both become a version of a person that we don’t even like?” She then pours the remainder of the bottle she’s holding into her glass and chucks it into the river (not exactly a PSA for being environmentally-friendly).

Another glance into a duo that seems more like her future than her past is a mother alone with her child. Trying to read in peace, the little girl interrupts her mother by wielding a sailboat in her direction and then heaving it obnoxiously into the water. As this happens, Adele recalls, “When I was a child, every single thing could blow my mind.” Apparently, this child is less wowed by the simple things, being a “seen it all…online” Gen Zer. Adele continues, “Soaking it all up for fun, but now I only soak up wine.” At this moment, a hand reaches out of the water to refill her glass, giving the video’s tone a comedic edge (or a horror one, depending on how you look at it). Adele’s intention being to accent the tragicomedy of life—you know, like her fellow Briton, William Shakespeare (and yes, the final shot does feature her in a poignant “Ophelia pose”).

That “tragicomedy” playing into the that trite line about how when one door closes, a window opens. In this video’s case, that window is opening to Rich Paul stand-in, Kendrick Sampson, best known for playing Issa’s boyfriend, Nathan, on Insecure. Having no issue with displaying her “flavor” for Black men (as certain white Brits might), Adele makes flirtatious lookie-loos the moment she sees him amid some other fishermen at the river. The allusion being that Adele is the fish in the sea about to be plucked out, for the moment he sees her, he does a double take, perhaps getting off on her challenge, “I don’t know anybody who’s truly satisfied.”

From there, Talbot gives us a slow pan-out of an overhead shot that allows us to take in the barrage of synchronized swimmers that are about to engage in some Busby Berkeley-inspired choreography. And as Adele and Kendrick’s own flirtatious “dance” ensues, the swimmers themselves lift Kendrick overhead and pass him along, which, of course, could easily be read as objectification of some sort. But Adele’s never been one for too much sensitivity (see: the Bantu knots).

Things take a slightly eerier, The Night of the Hunter turn when darkness falls and Adele is still riding down the river as shadowy figures dance along the bank next to her. But she seems comforted by the presence of a blue bird staring back at her on a branch, a creature that has long been believed to symbolize hope and the arrival of good news. Which, for Adele, was the arrival of Rich Paul after her divorce. A deeper meaning of the blue bird is its representation of being a conduit between the living and the dead. In that sense, it can be read as Adele remaining connected to her old, “deceased” self—the one that would have stayed mostly unhappy in a so-so marriage—and knowing that this new, more alive version of who she is has set her on the right path in life. Indeed, “I Drink Wine” is a video all about taking a path, even if it’s in a watery format.

As the video starts to wine down, the camera pans back over to the piano player we saw on the bridge at the beginning of this meandering little jaunt. Creating a fanciful, idyllic effect like something out of Michel Gondry’s Mood Indigo. And yes, since she felt “I Drink Wine” has a 70s-era Elton flair, it was only natural to include a piano man somewhere in the narrative. One that seems to allude to a kind of disillusionment with drinking as a coping mechanism, with a memorable scene of Adele pushing a flurry of wine glass-offering arms away from her as they jut out of the water. By the end, she takes a final swig and tosses the glass aside (again, no regard for Mother Nature). Maybe learning to get over wine is part of learning to “get over herself,” as she says in the song. But, then again, no. Adele will always drink.

Admitting that this was the first video she shot for 30, before “Easy On Me” or “Oh My God,” it’s clear that there’s a level of perfectionism in it that comes from wanting to instantly establish the “right” tone for a record. And, like Taylor Swift’s recently released Midnights, 30 is very much a concept album. Indeed, the frequent parallels between the two songstresses are manifest not only in the mention of wine reliance, but also even in specific lyrics (most of them generally pertaining to being burned by love). For example, on “I Drink Wine,” Adele croons, “Everybody wants something from me/You just want me.” This echoes the same sentiments Taylor put forth on “Sweet Nothing” with, “All that you ever wanted from me was sweet nothin’.” Ah, the curse of being famous and wary of trusting people’s intentions.

And, talking of fame, Adele has been particularly fond of playing up the Old Hollywood aesthetic for this record, with the glamorousness (conveyed by cinematography from Adam Newport-Berra) of it all ironically punctuated by the video concluding with the camera pulling back all the way to unveil the set in its entirety—revealing that Adele is merely floating in a giant manufactured vat of water with a huge screen in front of it projecting different images. The metaphor is clear: behind the scenes of any seemingly “soft-focus lens” romance is the grit and grime of what it takes to cast that illusion. Not just to others, but even to oneself. With 30, and “I Drink Wine,” Adele has become determined never to give in to such illusions again, tempting though it is to get “pie-eyed” and not see things as clearly as they are. 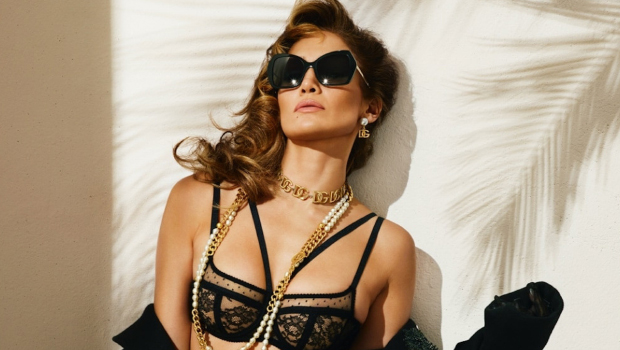 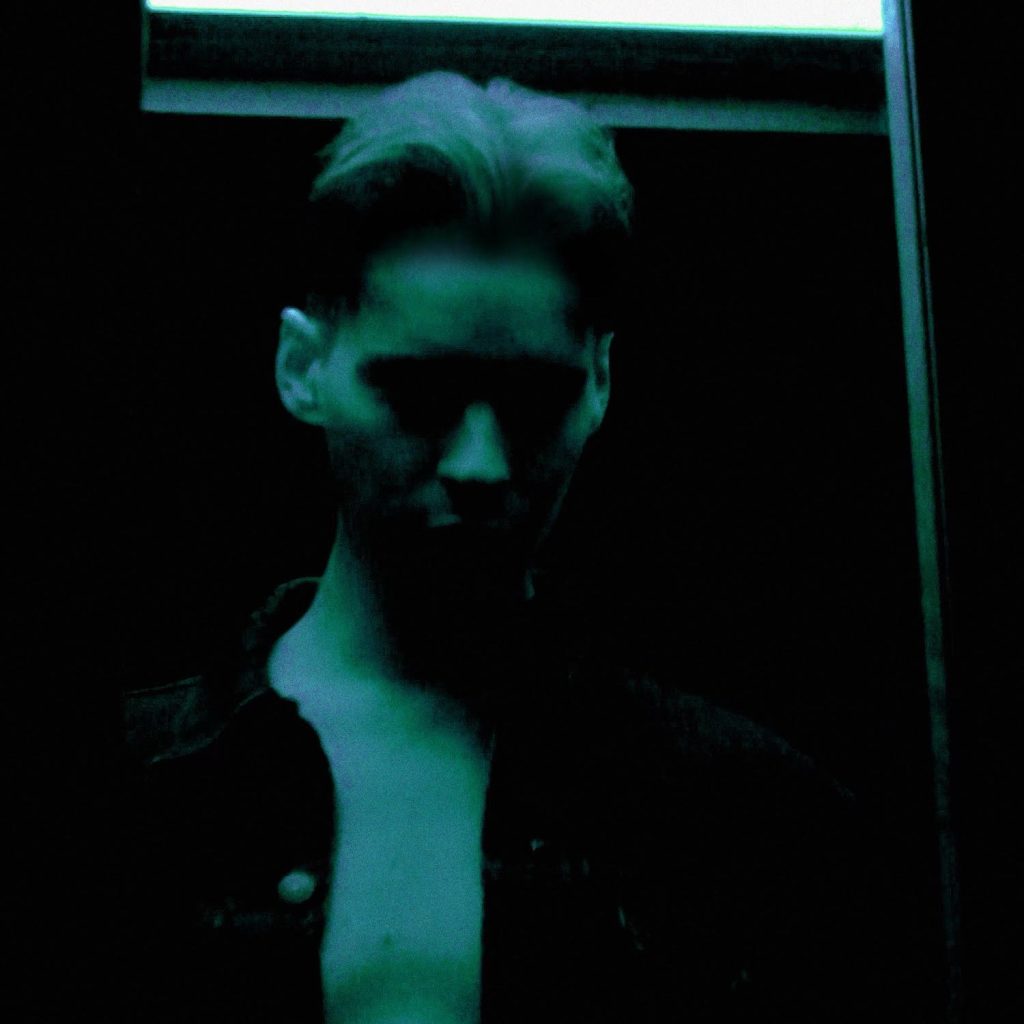 Showtime has released the trailer for ‘George & Tammy’, its upcoming biographical…