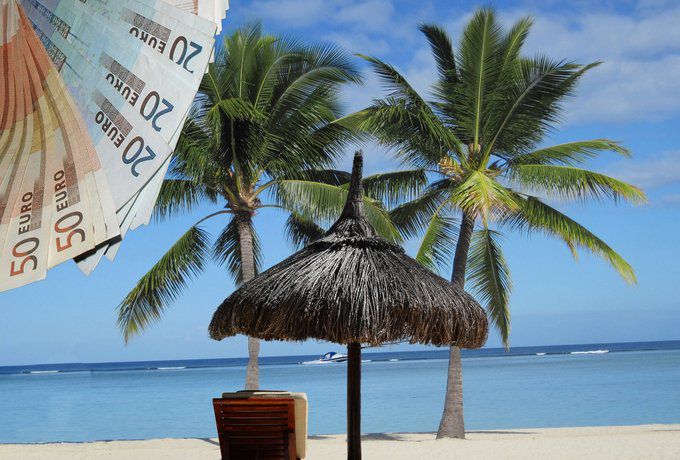 What Are Tax Havens?

Most governments make their money through taxation, whether that’s at the local, state, or federal level. This is the process of charging individuals and corporations levies on the money they earn to fund certain government projects and plans, such as infrastructure, education, public pension programs, and health care among others. But there are some countries that don’t fall into this category. These nations are called tax havens.

The term tax haven commonly refers to nations that promise a stable political and economic environment. This stability gives them the ability to provide individuals and corporations helps with a low tax liability if any at all. These locales may be offshore, which means they are located outside of an entity’s home country. That’s because these places may not require you to be a resident or citizen to be present to take advantage of their tax policies.

Despite what their name may imply, tax havens are not completely tax-free. In fact, these countries make up the money from other sources. Keep reading to learn more about how these governments earn revenue by charging other types of taxes.

Low-income tax jurisdictions normally supplement lost government revenues by imposing tariffs. These are taxes that are imposed on various goods imported into the country. These fees are referred to as customs and import duties.

These duties are indirect taxes. In some cases, the loss of revenue through taxation leads to higher tariffs. This often means a higher cost of living because higher fees are applied to the price of items before they are sold locally.

The Cayman Islands is one of the world’s most famous tax havens. It is home to roughly 100,000 companies even though it only has a population of about 65,000. Individuals pay no capital gains taxes while corporations and hedge funds are free from taxes on income and profit gains. But expect to pay anywhere between 22% and 27% in import duties on most goods. For instance, a 2016 BBC documentary on the Cayman Islands showed viewers that the island’s high import duties caused a pack of fish sticks to retail for as much as £8.50.

Bermuda, which is also considered another tax haven, charges duties on goods based on their total value. The rate is commonly pegged at 22.25% although it may be as low as 5% to 15% for most food items. The government charges people 25% if they arrive in the country with personal goods by sea or air.

Tax havens aren’t just attractive to individuals, but they’re also a good place for companies to set up shop. Most offshore financial centers impose no corporate tax. But their governments still benefit from having thousands of companies registered in their jurisdiction.

Tax haven governments typically impose a registration fee on all newly incorporated business entities like companies and partnerships. Companies are also required to pay a renewal fee each year to still be recognized as an operating company. The cost to register a company in the BVI ranges between $8,100 for an International Business Company and about $17,200 for a resident company, as of Jun. 22, 2022.

Governments also charge additional fees on individual companies registered in the BVI to continue operating on an annual basis. These renewal fees depend on the type of corporate business activity. For example, banks, mutual funds, and other companies in the financial services business usually need to pay for an annual license to operate in that industry.

All of these fees add up to create a strong source of recurring revenue for tax haven governments. To demonstrate how the strength of this revenue stream, it’s estimated that the government of the British Virgin Islands collected over $200 million in corporate fees on an annual basis as of 2016.

Quite a few tax havens have a very vibrant travel and tourism industry, welcoming hundreds of thousands—even millions—of visitors each year. This high level of tourism creates an extra revenue source for some of these countries in the form of departure taxes.

A departure tax is a fee that is levied when a person leaves a country. This fee may also be called an airport tax, which is collected from anyone who arrives or passes through a specific airport. The money collected is used by the government for construction, improvements, maintenance, and the general administration of airports.

Barbados is often considered a tax haven because it has a low tax environment, especially when it comes to offshore companies on the Caribbean island. Travelers should note that anyone over the age of two is required to pay about $28 in departure taxes when they leave the country. An additional $70 is required for people flying outside the Caribbean while individuals are charged $35 if they fly within the region. These fees are normally added to airline tickets as an additional levy.

There are 15 countries that don’t impose general income taxes on corporations, including Anguilla, Guernsey, Jersey, and the Turks and Caicos.

Comprehensive tax reform is a very heated issue and is the cause of much debate. Companies and top income earners often complain about being burdened by very high-income tax rates and extremely tedious tax compliance requirements, especially those in the U.S., the United Kingdom, and Australia. This is one of the reasons why many corporations look to tax havens.

This allows them to avoid paying taxes in their home country. Tax systems in countries like the United States have traditionally forced many wealthy individuals, their families, and companies to use offshore financial centers to minimize or even eliminate their total income and capital gains tax liabilities. These centers commonly have strict bank and corporate secrecy laws.

But things are changing. For instance, the U.S. shifted from being one of the countries with the highest corporate tax rates to the middle of the pack. This is due to the tax reform that was put in place in 2017. In fact, it doesn’t even rank in the top 20.

Because of their lack of transparency requirements, tax havens aren’t required to report account holder information to other governments. As such, they’re often a great place for people to stash their money without paying taxes in their home countries. This is commonly seen as a form of tax abuse. Some countries, though, are making changes to the way they operate. For example, Switzerland’s government made changes to its reporting system, saying it would agree to increased financial transparency for foreign investors in some respects as of 2021.

Income taxes are a major source of government revenue for most countries. But there are a handful of countries, known as tax havens, that impose very low or no income taxes on their citizens and domiciled companies. Some of the ways that their governments make up for the loss of potential income tax revenue include collecting annual license fees from incorporated entities and levying a customs duty on the majority of imports brought into the country.